Massacre in Ukraine kills over 300 civilians 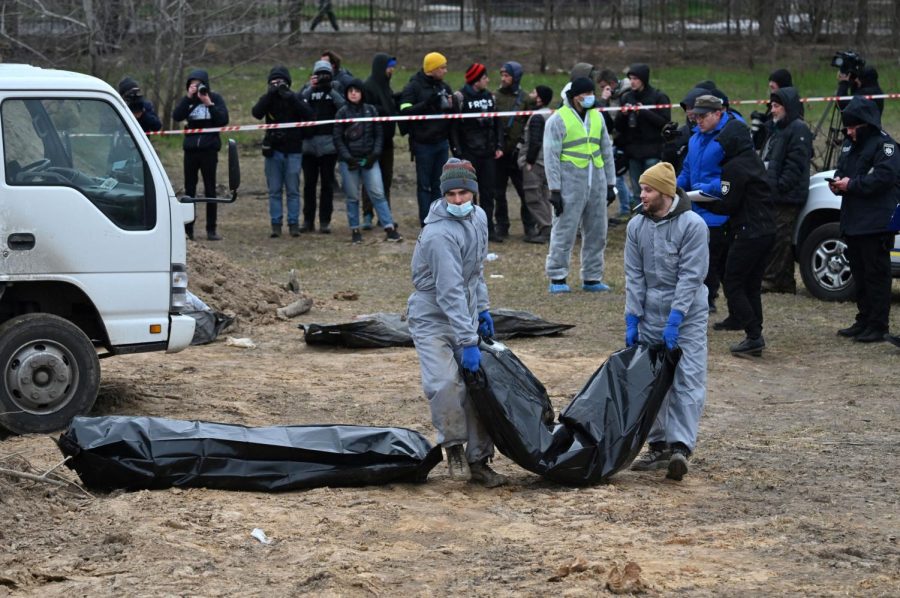 The Russian invasion of Ukraine has gone on for about two months now, and Russian war crimes have become more apparent. What started with bombing of civilian buildings and property, has turned into  a blatant massacre of people.

On the first day of the Ukrainian invasion, the Russians advanced on the city of Kyiv, the capital of Ukraine, capturing many towns north of Kyiv. One of these towns was Bucha. When Ukrainian soldiers recaptured the town on April 1st there was endless brutality in the town. According to a Ukrainian news agency, 403 civilians have been killed in the town. Some residents were  forced to their knees and shot in the head by Russian soldiers, according to NBC. Other reports say that civilians were found dead with their hands tied. The New York Times called it a “campaign of terror and revenge.”

In an interview with The New York Times, a Bucha resident stated, “They were not able to defeat our army, so they killed ordinary people.”

This brutality caused Russia to be voted out of the UN human rights council by a vote on April 7th, with 93 voting for the resolution and only 24 voting against. Some notable countries against the resolution were China, North Korea, Iran, Kazakhstan, and Cuba. 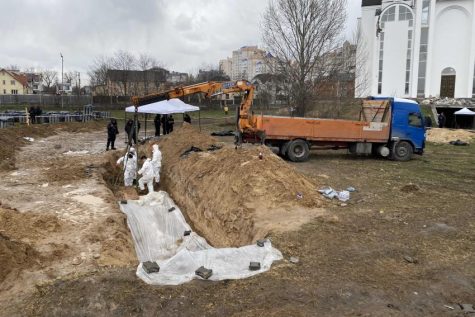 The Kremlin, the Russian Government, is denying these accusations of brutality in Bucha. According to Reuters, the Kremlin said the massacres were of “monstrous forgery” and a “simply well-directed but tragic show.” The Russian president also honored the 64th brigade, which is the Russian unit accused of the massacre in Bucha.

According to Ukrinform, the unit was honored for “mass heroism and valor, tenacity, and courage shown by the personnel in hostilities for the defense of the motherland and state interests during armed conflicts.”

Bucha has shown the awfulness of war. Hopefully the people responsible will be punished.