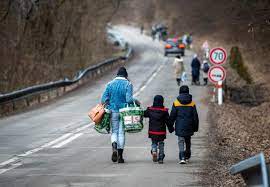 In Ukraine, half of its children are being pushed out of their homes due to the ongoing war with Russia. To be exact, 4.3 million children have been displaced (out of an estimated 7.5 million population for children.) These numbers include more than 1.8 million children who have fled into neighboring countries as refugees as well as 2.5 million who are displaced inside of Ukraine.

NPR says, “Overall, the war has displaced 1 in 4 Ukrainians. Ten million people have left their homes since Russia invaded Ukraine on Feb. 24, with more than 3.6 million refugees fleeing to neighboring countries.” 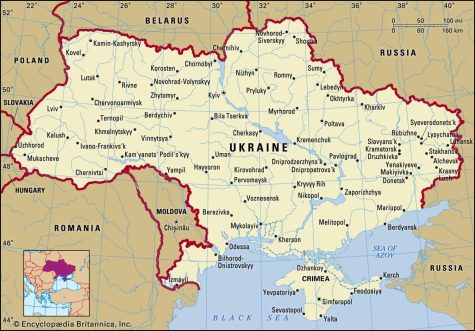 Many of these refugees are fleeing to surrounding areas such as Poland, Romania, Moldova, Hungary, Slovakia, and Belarus. However, many people are still stuck inside of Ukraine.

But here’s the big question: What is America doing to help?

In America, President Joe Biden announced that he would welcome up to 100,000 refugees and would give one billion dollars for assistance to countries affected by Russia invading Ukraine.

“The financial support is important because most of the approximately 3.6 million refugees who have fled Ukraine are in neighboring countries such as Poland, Moldova, and Romania and are posing a substantial burden,” says ABCNews.

In nearby Parma, Ohio, they have opened their doors to many Ukrainians in their Ukrainian Village and plan on keeping those doors open for however long is needed. CNN has even gone out to the Ukrainian Village to make a video piece on everything that is happening in Parma. “They spent a number of days here last week. The piece was more than six minutes, so it was clearly an in-depth look at Parma and the connection to Ukraine. I think they did a really good job of showing what’s happening here on the ground,”  said Cleveland News.

A Polish student named Edward Czyzewski did an interview with CNN 10 about how he feels about new Ukrainian students going to school with him.

“The more we take in, the better we’re doing…it’s just mind-boggling how this could happen to someone that young,” he says.

But now there’s another question: How can we help?

There are many ways we can help Ukraine overcome this struggle such as speaking out and spreading awareness but there are also other ways. If you visit this website, you will see a list of donation platforms to help Ukraine.

Even though we aren’t impacted directly, we should all still take the time and help out where we can.