According to a 2019 report from the CDC, 8% of high school students had been in a physical fight on school property in the previous year.

A 2020 survey by Statista revealed similar results. While 21% of teens said they had been in a fight, only 8% of those took place at school.

But data shows that fighting in school is going down.  According to Insider, “The Bureau of Justice Statistics’ (BJS) school safety report on incidents involving kids age 5 to 18 shows crime has been steadily declining since 1992.”

At Mayfield Middle School there have been just four fights in the past year. If you fight at MMS you will get up to 10 days out-of-school suspension.
There has been an increase in students using cell phones to record fights when they occur.  That carries a consequence, too. Students who record a fight will get  1 to 3 days out-of-school suspension depending on whether the video was shared.

Mrs. McLaughlin said that when investigating a fight, first any witnesses or people involved will fill out a report. Then administrators access the video if there is one. Finally, they talk to multiple students to get all  sides of the story.

All the administrators say that it is a big help to have cameras because you can see most of what happens. Mrs. McLaughlin said she feels like when you pull up the tape it helps people tell the truth more. She says she can have a better conversations with students when she has all of the information. And while it is not allowed to record a fight, it can offer different perspectives and viewpoints of what occurred.

Mrs. McLaughlin also said that they “never focus on who started it.” Mr. Destino said that instead he bases consequences for fights off the “history people had with each other.”

Student Resource Officer, Joe Leskovec, and Mr. Sheppard both said that consequences also depend on how hurt or injured the students are.

One common question that students ask is, if you get hit at school and you fight back, will you still get in trouble?  The answer is yes, but often the person protecting themselves will have lesser consequences. If you get attacked and don’t fight back, you can press charges with the Mayfield Police.

Despite this, Mr. Destino says that he tells his own children never get picked on. He tells his sons, “if someone puts their hands on you, defend yourself. If you get into a fight you will have consequences from the school but not very bad ones from home.” 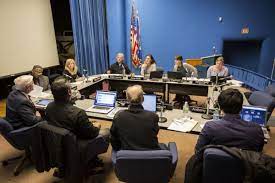 While most fights are minor (verbal with some shoving) and result in shorter suspensions, for a ten-day suspension a student automatically  has to have an expulsion meeting with the Board if Education. If the board feels like the student poses a threat, that student can be expelled for 80 days.

At MMS all three administrators have only expelled  2 or three people their whole career. Expulsions are used for students who use weapons or hurt the other person really bad. 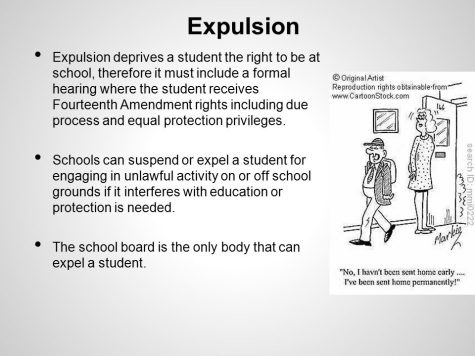 Fights are fairly rare at MMS compared to some other schools. At Bedford High School everyone had to resume online school because of ongoing fighting.

At Buckeye Middle School in Columbus, 64 videos of fights were posted online in just the 2021 school year, causing protests from parents and community members according to The Columbus Dispatch.

Principal Paul Destino simply said, “School is not for fighting. That’s not why we’re here. I don’t have time for it. I don’t tolerate it.”