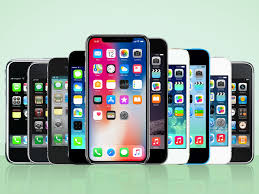 The purpose of the strict phone policy, which does not even allow phones in hallways or at lunch periods, is to avoid “gray area” according to teachers and administrators.

Teachers report that when phones were allowed in some situations, it was harder to keep them out of the classrooms as well.  Teachers surveyed unanimously stated that phone distractions in the classroom is nearly non-existent whereas in prior years it was a major concern.

The middle school has adopted such a blanket policy–no phones anywhere at any time. And consequences escalate quickly, from losing your phone for the day to having a parent have to pick it up. Some repeat offenders even have to “park” their phones in the office all day.

Oxford Learning also brought up a valid point of phones being a distraction. Oxford stated, “Students check their phones in the classroom an average of more than 11 times a day. That can add up to a lot of time spent distracted from schoolwork. And when students are distracted, it’s a recipe for extra stress, frustration, and catch-up time for everyone.” They also say phones cause students to cheat more. 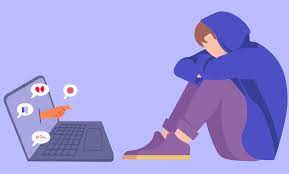 Additionally, there is wide concern over teens’ constant access to screens and phones.  Family Education also shows the controversy of phones, stating phones also cause mental illnesses by cyber bullying. According to a 2019 study, “More than 12,000 13- to 16-year-old in England found that using social media more than three times a day predicted poor mental health and well-being in teens. Other studies also have observed links between high levels of social media use and depression or anxiety symptoms.”

Those in favor of a strict phone policy in schools think that school hours offer a much-needed break from the stressors of social media.

But nearly all students and some parents do not agree with phone-free policies. For example, “An attempt at a city-wide cell phone ban in New York City Schools caused so much outrage that several parents issued a lawsuit against the Department of Education, claiming that cell phones provide a vital channel for communication between parent and child, especially in case of emergency.”  According to Student Tutor, in this case, “Eventually, the ban was dropped.”

Also parents interviewed for Family Education stated, “The 2010 Pew study noted that 48 percent of parents use the phone to monitor their child’s location.”

Students at MMS who have been interviewed have said phones should be allowed. Olivia from 7th grade said, “We should be able use our phones.” She also says she has gotten asked to put away her phone when texting her mom during non-educational moments. Another student, Jenna, also says she has had her phone taken away for having it sit out. She also had the problem of having to text her parents but not being allowed to.

Adwin said, “I wish they didn’t take phones away.” Gio and Jayden both had to text parents and were not allowed to.

But teachers and administrators at MMS argue that these concerns are not valid. Phones are not banned from school property; students can have them in their bags for before and after-school use and contact with parents.  Teachers also say that students can contact parents as needed but have to get permission first.

“The problem is that students don’t ask,” said one teacher. “They hide their phones on their laps and text. If a student asks to go to the office to communicate with a parent, they would be permitted. The problem is the sneaking.”

In addition to concerns over students being able to contact parents, some in favor of a looser policy say that phones can actually be helpful at school.  Phones at school are inevitable so educators might as well use them for educational purposes like Clarkstown Central School District (CCSD) did. “During a recent four-month period, CCSD teachers uploaded 91,000 total documents to the file sharing system, saving an estimated five million sheets of paper. Nearly 102,000 unique CCSD student documents were also uploaded during that same time period.”

Oxford Learning brought up phones that can be used for good. They believe students who use phones to download educational apps do better at school.

Still the middle school maintains that keeping phones away for the school day is the best choice.

Overall, the main goal of the new policy is to lower distractions.  But the policy should only apply to the classroom. Allowing phone use during lunch and class changes would give students opportunities to contact parents if needed and enjoy their phones in their off periods. If consequences are consistently applied for students whose phone use crosses over into academic times, both teachers and students can be happy.