Do people act the same online as they would in person? 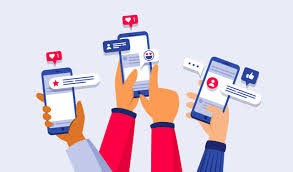 People like to make themselves appear more happy, successful, or popular by posting the best pictures possible. However, in the process, they hide the negative aspects of their lives. In exact words, Study says, “We try to highlight our best aspects while diminishing or concealing our negative ones.” When this happens, people are putting on this persona that they are living their best life when in reality, they are just shining the light extra bright on their life’s highlights.

Another problem is that everyone wants to be accepted by others. This leads to them participating in trends even if they are dangerous or hurtful. According to Medium, “People just want to do those things that are trending and popular.” Because something is popular, people do it because everyone is doing it. Even if it’s making fun of someone or something, people will do it to be accepted by others. 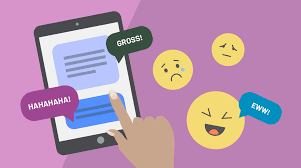 In middle school, people see this types of online behavior all the time. People are constantly changing and altering themselves to fit in with everyone else. Whether that be saying something online that they wouldn’t say in person or changing personalities, they are always seeking peer approval.

In an interview with Mr. Paydo, a middle school guidance counselor, he says. “It’s easier to say something not so nice to someone when you don’t have to face them.”

When given a survey, out of 56 students, 53 of them, nearly all, feel as if people do in fact act differently online.

“Somebody was being fake and talking bad but wouldn’t say anything to my face,” described an anonymous eighth-grader.

“One of my friends that was usually really nice texted some really bad stuff,” another wrote. Both of these statements suggest that when in-person, people are often a ‘nicer’ version of themselves but behind the screen, different personalities show. They may feel braver or more emboldened by the safety and anonymity of online interactions.

People can also influence how others act. When eighth-graders were asked if they think people influence their online persona, there were a lot of mixed answers.

One person wrote, “A little bit. They could make me want to seem better than I actually am or say things that I wouldn’t be confident enough to say to their face.”

Another says, “You could get made fun of for how you act online.”

In contrast, one person wrote, “I stay pretty true to who I am. I don’t say anything online to someone I wouldn’t say in person to their face.”

So what now? Since the development of social media, mental illnesses have skyrocketed. According to etactics, “Since the release of smartphones, mental health concerns have increased in children and young adults. The rate of adolescents reporting symptoms of major depression in a given year increased by 52% from 2005 to 2017. From 2009 to 2017, it grew by 63% in adults ages 18 to 25.” 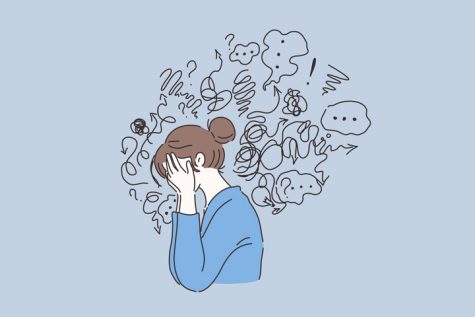 Ever since social media became widespread, mental illness cases have increased by more than half. So the next time you want to change how you perceive yourself online, remember that everything comes at a price.: whether it’s you who’s paying it, or someone else.