Where have all the animals gone? 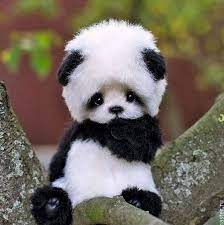 The Earth has housed four billion species, and 99% of those are gone.  In the last five hundred years, 900 species have been lost.   And in 2020 alone, fifteen animal species went extinct.

Some of the animals recently lost are the Passenger Pigeon, Dodo bird, Tasminian Wolf and the beloved Dinosaurs according to the National Museum of Natural History.

The passenger pigeon lived in the 1800s. The National Museum of Natural History says, “There were millions of them darkening the skies. They were easy to trap or shoot, causing them to become a food source.” They went extinct because too many were eaten. The last passenger pigeon, named Martha, died in the Cincinnati Zoological Garden in 1914 and was donated to the Smithsonian Institution.

The dodo bird went extinct because of predation. The Taminian wolf died due to habitat loss and from being hunted. The dinosaurs went extinct from a meteor hitting the Mexican Gulf. It was so big it wiped out all of them in an instant.

But there are some animals that could still be saved  according to the World Wildlife Foundation. 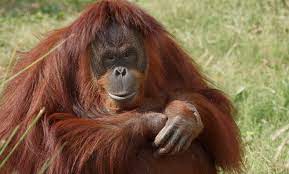 The orangutan, name meaning “man of the forest,” lives mainly in Singapore. They mainly eat wild fruits like lychee, mangosteens, figs and slurps water from trees. Male orangutans weigh on average 200 pounds, according to WWF.  Orangutans are helpful to the world because they are natural gardeners and spread seeds while eating and creating their habitat. Most nests are made in trees.

As of now, WWF is making a change, “We are working in Borneo and Sumatra to secure well-managed protected areas and wider forest landscapes.”

The next animal that is going endangered is the Asian elephant. The Asian Elephant is the largest mammal in Asia. They live in wet to dry forests as well as grasslands. Asian Elephants travel in groups of 6-7 females led by the oldest of them,  according to WWF, and spend a majority of their days eating. They mainly eat tree bark, leaves, and small stems. Their favorite foods are sugar cane, rice and banana. 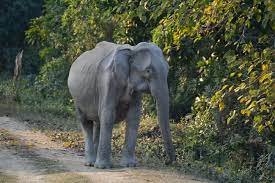 Elephants are important to the world because they defend other animals that live in their grasslands.

In Hinduism, the powerful deity honored before all sacred rituals is the elephant-headed Lord Ganesha, who is also called the Remover of Obstacles.

WWF says, “Elephants’ leading cause of death is habitat loss and fragmentation.” They are also hunted for their tusks.

WWF is trying to help. “We are setting up protection areas in Asia. As of now 70% of the species lives inside protected areas.”

Red pandas are also critically endangered animals with just 10,000 left. Most are poached for pelts in China and often killed in traps intended for other animals.

Other animals, once believed to have been extinct, have reappeared. This includes the Elephant Shrew, Terror Skink, Cuban Solenodon, and the Bermuda Petrel.

ant Shrew lives in a semi-desert, dry land, and shrub land. Scientists assumed they were extinct after last seeing it 50 years ago. Later, new sightings show these creatures alive.

The Terror Skink was found in 1872 by a French botanist. But the little lizard soon disappeared, being pronounced extinct. It was later found again in 2003. Scientists are now doing more research on the tiny creatures.

The Cuban Solenodon is one of the few venomous mammals. It is believed that they were around at the same time as the dinosaurs. According to Ecowatch, “Its bite can kill, yet it lacks the strength and dexterity to defend itself or flee from danger, making it an easy target for predators. Deforestation has also contributed to population disturbance.”

Most live in caves and burrows, so sightings became so rare the animal was considered extinct. Their numbers have started to rise, but they are still endangered.

The Bermuda Petrel also known as the Cahow were seen in small numbers in the east of Bermuda in the 1950s. The population has been narrowing. According to Ecowatch, “The Cahow is a burrowing bird and much of its natural habitat has been destroyed by sea erosion and hurricane damage. New nesting sites were constructed by the Government of Bermuda, while chicks from established populations were relocated to Nonsuch island” in the Atlantic Ocean.

To conclude, many animals are endangered, extinct, or in some cases, coming back. Scientists are trying their best to save us from a world with no animals.