New tensions in Eastern Europe arose between Russia and Ukraine for the second time in ten years.

In 2014 due to pro-Russian protests in the Donbass region of Ukraine, Russia annexed Crimea and Russian-supported separatists in Donetsk and Luhansk started a war with Ukraine in the region causing 13,100 fatalities.

Now, Ukraine’s effort to join NATO and the EU threatens Russia’s sphere of influence in the region. 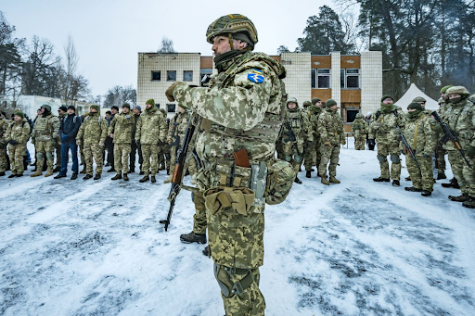 In late February, Russian ships captured three Ukrainian ships off Crimea. On that topic Oana Lungescu of NATO said in a statement, “NATO fully supports Ukraine’s sovereignty and its territorial integrity, including its navigational rights in its territorial waters.”

According to TASS three soldiers had minor injuries from the engagement between the Russians and Ukrainians.

This is just another flash point in the Ukraine crisis; Russia has built up troops on the Ukrainian border. Up to 150,000 troops are on the border with Russia against Ukraine’s army of 200,000. There are more Russian forces that could be put on the border.

In an interview with The Washington Post, UK prime minister Boris Johnson said, “There are 200,000 men and women under arms in Ukraine,” he said. “They will put up a very, very fierce and bloody resistance. And I think that parents, mothers in Russia, should reflect on that fact.”

The United States has threatened serious economic sanctions against Russia if they are to invade Ukraine. Linda Thomas-Greenfield said, “The situation we are facing in Europe is urgent and dangerous. Russia’s actions strike at the very heart of the U.N. Charter.”

According to ABC News  President Vladimir Putin of Russia has said that ‘of course” they do not want war with the rest of Europe. He also said in the same press conference, “We want to resolve the question right now. In the near future in the course of the negotiating process.”

In a statement to The Washington Post, Ukrainian president Volodymyr Zelensky said that “everyone will lose” if Russia invades the country.

Russia moved their troops into attack positions according to Fox news and is holding military drills near Ukraine. Also there was a report by CNN that the Russians are moving troops “to their bases,” which could mean that they are moving to bases near the border.

The Russians have considerable military force if they invade Ukraine. If executed perfectly, it is estimated the Russians could take Kiev, the capital of Ukraine, in a matter of days.

Some analysts note that if invades Ukraine, America needs to be prepared for a World War III type situation. 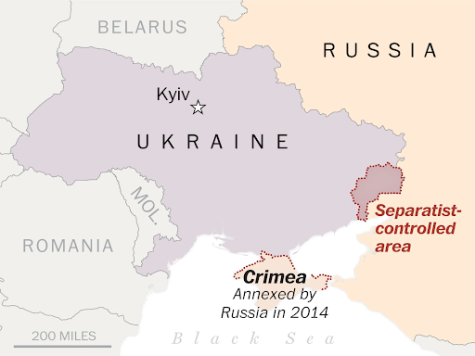