Tiktok: a fun app or poision for kids brains? 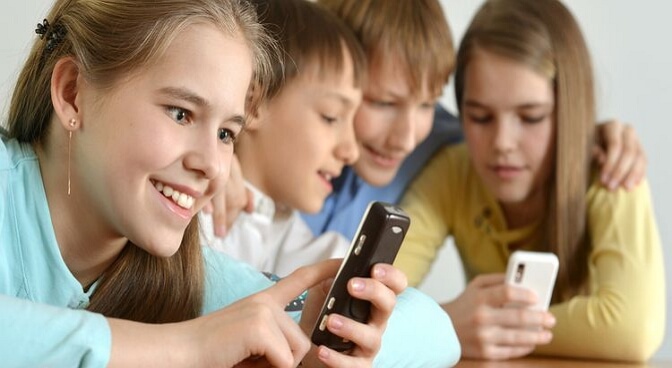 TikTok is a social media app designed for video sharing among young people but recently this app has started to raise some concerns. The social media app TikTok is a place where users can share informational and funny videos. It began in 2016 as a share site for music videos such as lipsyncing and dancing. While more than 60 percent of users are under 24, many adults use TikTok as well, and the app now has one billion monthly users.

One concern with the app is its addictive quality, with videos that continually play and refresh. According to an article by Dan Price, “TikTok’s format of short videos has been linked to decreased attention spans when the app is used for more than 90 minutes a day.”  Under pressure from critics, they implemented a campaign to urge users to “take a break” and started using pop ups to tell people how long they’d been scrolling.

The app is designed to “entrap users,” according to Jack Butler from Capital Matters. It tracks how long users linger on any given images or videos then uses algorithms to supply an endless stream of content that is increasingly appealing to the person.

Even though TikTok says they filter out inappropriate content, there is substantial evidence that a great deal of it still exists.  The Wall Street Journal set up bot accounts to track the type of content available.  One one account, registered as a 13 year old, TikTok offered “569 videos about drug use, references to cocaine and meth addiction, and promotional videos for online sales of drug products and paraphernalia.”  The Journal noted “hundreds of similar videos” appearing in the feeds of the other minor accounts.

Another perceived problem with TikTok are the challenges.  While some are fun or even done in an effort to spread kindness, many are targeted at dangerous or even cruel things. For example, the “skull breaker” challenge had users tripping strangers, and the “penny challenge” featured videos of people putting pennies into electric sockets–it resulted in numerous house fires.  The “devious licks” challenge caused problems in schools across America as students vandalized restrooms, and the “milk crate” challenge led to thousand of serious injuries.  The Seattle Times noted shoulder dislocations, rotator-cuff tears, ACL and meniscus tears, broken wrists and even spinal cord injuries.

A TikTok spokesperson said in a statement to The Post that the platform “prohibits content that promotes or glorifies dangerous acts.” And while popular hashtags for the the challenges above were eventually blocked, millions of views and posts were still generated. People are tempted by likes and views and are often willing to put themselves or others at risk in order to get them.

One of the more recent TikTok trends is called ¨ẅar is coming.¨ The trend is basically saying that Russia is going to bomb Sweden. The recent trend has been making small children in Sweden become very anxious and worried, wondering if or when Russia will invade. A quote from defenseone.com states, ¨Other parents reported that their children suddenly seemed anxious. When they asked what was the matter, it turned out the kids had been seeing the same kind of videos on TikTok.¨

Upon interviewing many 6th and 7th graders at MMS, surprisingly most of the kids felt neutral on TikTok. Sixth grader Nela said in an interview that TikTok was good to socialize with friends but it can also contain negative content.

TikTok can impact middle schoolers and other teenagers in positive and negative ways. For example a positive impact could be kids involving themselves in fun safe trends such as makeup or dancing. However, a negative impact could be a kid making a video shaming someone or something. In fact, some people make accounts just to put others down.

With statements from 6th graders Nela, Ethan, Alina, Kaitlyn, Presley, James, Aston, and CJ as well as 7th graders Sophia, Riley, Mason, Muhammad, and Gio, we got a lot of mixed answers to the question “are you for or against TikTok?” The majority said they were for TikTok as long as it was kid-friendly and had good content, while the kids who said they were against it said it was a bad app altogether. 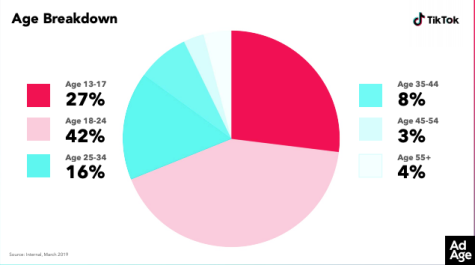 A majority of 6th and 7th graders  interviewed said that they are not allowed to have TikTok because their parents say they are too young or that the content is too explicit. Other students said that their parents believed that TikTok was just a harmless app.

Are there really safety measures in TikTok to prevent kids from getting into things they shouldn’t? The answer is yes, sort of. TikTok Pairing allows parents to pair their device with their child’s device and monitor what they watch on the app. But that puts responsibility on the parents. TikTok does not filter content based on the age of the users, and efforts to block certain tags associated with dangerous or unkind trends are easy for users to work around.

Overall TikTok is not a good app. On the one hand,  TikTok can be educational and humorous.  Many of the videos are fun and not promoting dangerous or unkind behavior. Their algorithm, with some tweaks, can give users personalized content for entertainment. But on the other hand, users have no control over what TikTok’s algorithm sends them next, and there can be explicit content containing obscenity or profanity.  The possibility of inappropriate content paired with the app’s addictive format makes it a poor fit for teens.  But if TikTok could get better safety controls, age-restricted content, and time limits, it could return to being the fun, youth-friendly app that it started as years ago.