How the vaping crisis is affecting Mayfield students 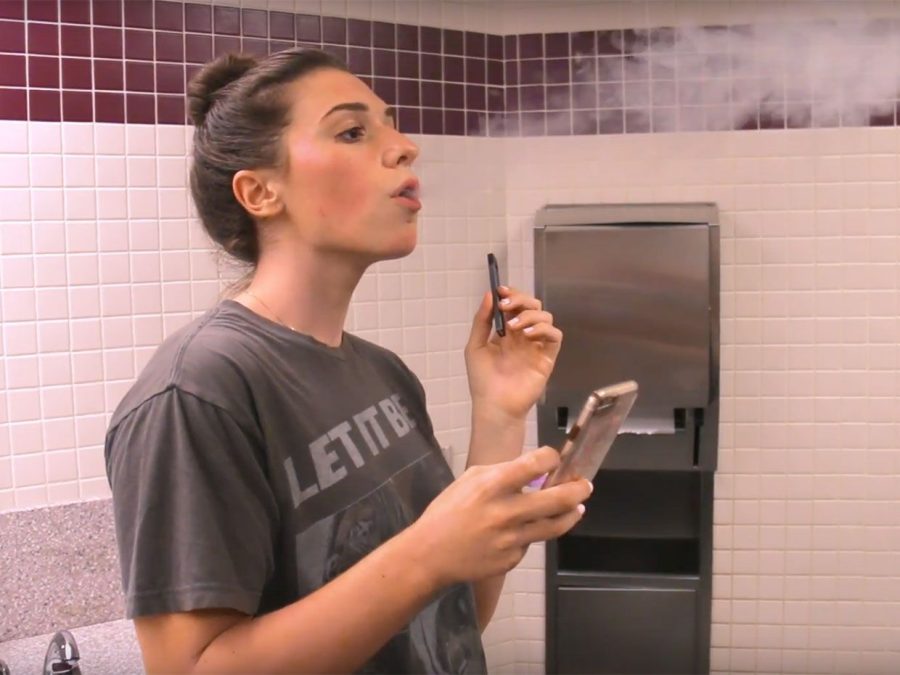 Vaping numbers are rising in middle and high schools all over the world, but how is this affecting  Mayfield City Schools? Student Resource Officer Joe Leskovec states that kids are vaping simply just “to be cool.” This vaping epidemic isn’t just a problem at Mayfield, but schools country-wide are having this problem.

Vaping damages the lungs and is bad for brain development. According to the CDC, “using nicotine in adolescence can harm the parts of the brain that control attention, learning, mood, and impulse control.”

Vaping also leads to a greater likelihood of addiction as an adult and can serve as a “gateway” for other drug use. Kids who start vaping and smoking at the young age of 12-13 are more likely continue with that  and are also more likely, over years, to start to move to stronger or other things to vape. A 2018 National Academy of Medicine report found that “there was some evidence that e-cigarette use increases the frequency and amount of cigarette smoking in the future.”

Additionally, since students may meet in restrooms to vape, the habit also takes away from time spent in class.

Schools aren’t messing around with the punishment of getting caught vaping. Students are getting caught by people reporting them, items falling out of book bags, hallway cameras catching a regular pattern of restroom use, or simply by a teacher just walking in. The consequences can be severe–starting out with a 3-10 day suspension, recommendation for expulsion, or even a criminal charge for having it in your possession under the age of 21.  Students who are selling or distributing face harsher punishments, and consequences for marijuana are harsher than those for tobacco.

Different schools are having different approaches to putting a stop to this vaping epidemic. Some schools like Arrowhead Union High School installed devices that detect vaping in the bathrooms.  Principal Gregg Wieczorek says that “high school students trained in prevention education will be deployed to the middle schools to talk to younger students about the dangers of vaping.”

Are vaping detectors the answer? Many schools have already installed these detectors, which send signals to the office to tell them when students are vaping in the bathrooms. Mr. Sheppard, the eighth grade principal at Mayfield Middle Schools says that he would definitely install them. As of now there isn’t significant research on their effectiveness but schools using them have anecdotally reported success.

Over the last three years the number of students starting to vape locally has gone up. Mr. Sheppard says that six years ago, when he started here, vaping wasn’t even a thing–compared to now, when students are getting caught more often. 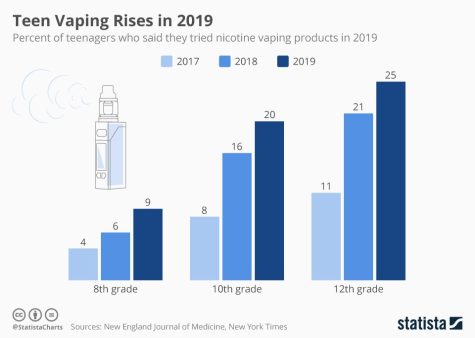