The greenhouse gets growing 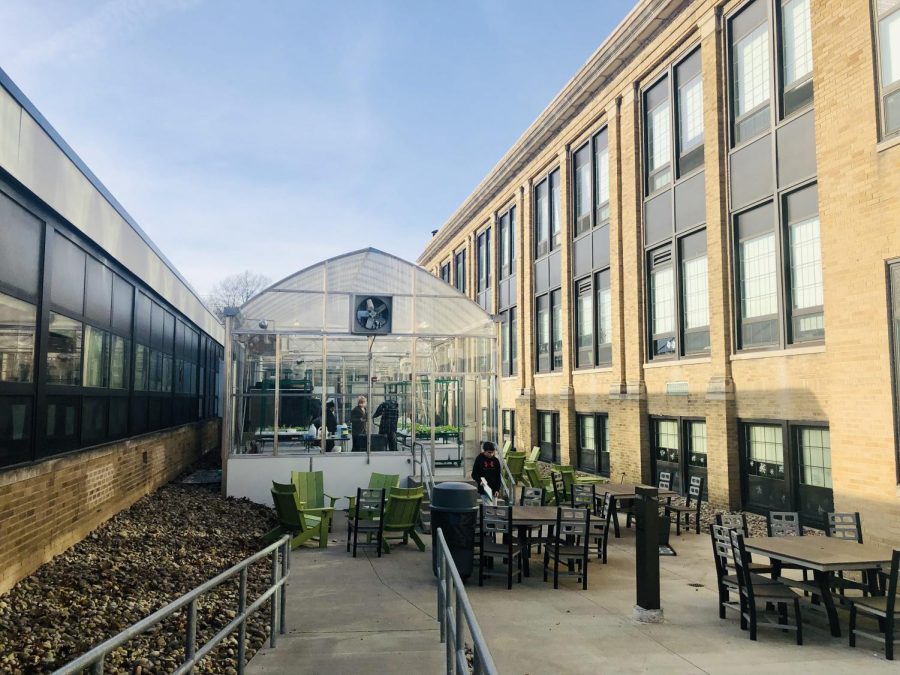 The greenhouse at Mayfield Middle School is up and running and giving students opportunities to learn in a new way.

Nathan Dick, eighth-grade science teacher, oversees the greenhouse with assistance from a small group of students in the Bridge to Success program.

“We can grow plants and we can take a look at science from a very hands-on perspective,” explained Mr. Dick.  “Every day we are working away in here in some way, shape, or form; typically, we are doing nutrient checks, we’re taking a look at the pH levels of the water…”

The hope is for the greenhouse to  serve as the basis for an eighth-grade elective for students interested in science. Students will use the scientific method to make adjustments to the environment for the best results. 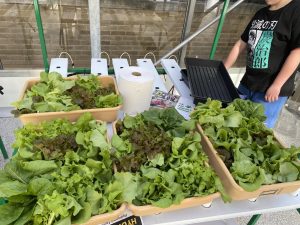 As for what is currently growing in the greenhouse, Mr. Dick said, “The running joke is lettuce, lettuce, and more lettuce. We had about one hundred and fifty heads of lettuce come through.” 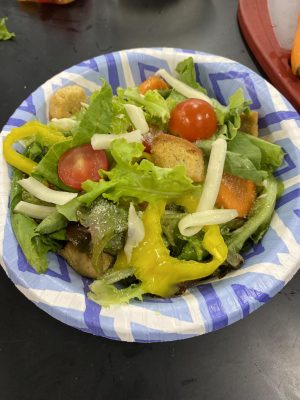 The current method being used in the greenhouse is hydroponic growing. This term refers to the method of growing things without soil.  Water is pumped up to the plants from basins below.  The green house is kept around 72 degrees, and while the glass roof lets in natural sunlight, there is also overhead lighting as well to offer light on cloudier days and seasons.

In addition to lettuce, the greenhouse is currently growing cilantro, mint, and purple basil.

Mr. Dick says that the plan is to add rosemary and micro-greens such as broccoli in the near future. He will also be meeting with a company in March to set up vine growers, which would mean the addition of plants like tomatoes, peppers, and cucumbers to be harvested in May.

Although greenhouse growing may seem artificial, Mr. Dick says, “For the most part there are no toxins, no fertilizers, no pesticides. It’s about as natural as you can get in an artificial growing environment.” In fact, according to greenhouseplanter, “Plants that are grown inside a greenhouse are less exposed to harmful bugs and insects, hence they minimize the risk of diseases and pests.”

Yet, there were a few learning curves and mishaps in the early stages of the greenhouse. This is Mr. Dick’s first time working in a green house, so he is still learning.  He explained that one issue was with the oxygen levels inside the green house.  The solution was adding fans that would circulate more oxygen to the plants. Another issue was with bugs getting in through the vents.  They were removed by hand, then the plants were rinsed; and there has not been a recurrence.

For many, it seems like the greenhouse has been in the works for a while, and they’re right.  The company took one year to build the greenhouse, according to Mr Destino.  While students have seen the structure in the schools’s atrium for over a year, there were Covid-related delays in getting the materials inside set up for growing. Because of all of the delays, the greenhouse’s completion was about a year behind schedule.

Even through winter break, the plants’ growth was not deterred.  Mr. Dick stopped in a couple of times to check it on the water and nutrient levels, but he says that the greenhouse is pretty self-sustaining.

Although the exact direction of the greenhouse is not 100% clear, in the future, students can expect to see more greenery and color through the greenhouse windows as new plant varieties are added.