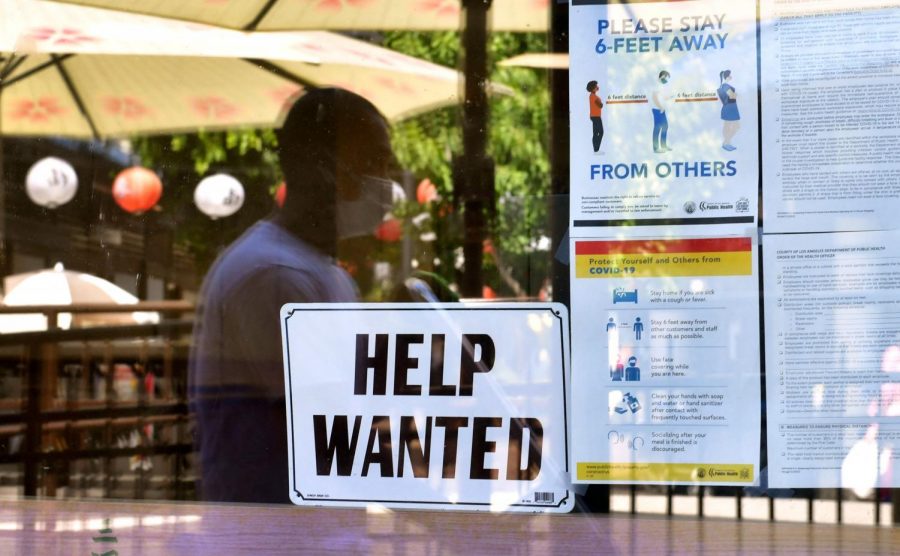 In recent months stores and restaurants have struggled to find adequate staffing, sometimes leading to them having to shut down the establishments or shorten hours until they can restaff.

The US Bureau of Labor Statistics December report noted that there are 11 million available jobs in the country.  So why is no one applying?

Some believe that Covid has been a big cause of this shortage. When the pandemic began, many people were not able to go to work because of shutdowns or because of lack of childcare with schools being closed or students being quarantined.

There were also many older employees who retired early for fear of being exposed to the virus since older populations had more severe symptoms and a greater chance of fatality.

Similarly, there are fewer young people working. High school and college students are working in far lower numbers–possibly due to Covid fears or possibly due to a cultural shift. According to CNBC, “in 1979, nearly 60% of American teenagers were employed, an all-time high. Today, just over one-third, or 35%, of teens between the ages of 16 and 19 are part of the workforce.”  Additionally, the number of teens in the workforce has gone down 19% just in the last decade.  Teens may be busier with school and extracurricular activities than before, or parents may be more willing to offer financial support than earlier generations. But whatever the reason, the absence of teens in the workforce is hurting food and retail establishments.

Others point to the availability of unemployment and other stipends as the cause.  For example, through September, Ohio was paying out an extra $300 a week in unemployment.  The U.S. offered a $3000 advance tax credit for each child. There were also student loan holds and renter’s assistance.  Some believe that many people could afford to leave their low-paying minimum wage jobs as a result of the government assistance.

Many state that the pandemic simply showed problems with the workforce that already existed.  With businesses desperate, workers are able to look for more competitive wages and more favorable work environments.

With not enough help, the shops and restaurants and stores and now struggling to be able to serve all their customers so they have to shut down their stores. Even giant companies like Starbucks have been affected. Fortution.com said “It turns out that at least one Northeast Ohio outpost of this coffee giant doesn’t have enough staff to run the location, so it remains closed on Sundays for now.”

A lot of family-owned businesses that are not chains have been closing down for good because of the labor shortage. They are unable to compete with the higher wages and perks being offered by larger chains. NBC5 said, “Companies including McDonald’s, Target, and Walmart are offering more pay or new perks to try to recruit and retain employees.”  In addition to offering $15 and hour locally, they are also offering $1000 sign-on bonuses, tuition reimbursement programs, and benefits.  Small businesses do not have the profits to offer these to workers.

Hiring signs are posted everywhere. General Manager for Slyman’s Downtown, Sam Slyman, said, “It’s unbelievable. We’ve never seen this happen ever…I don’t know if the virus is affecting people as in they’re scared and they don’t want to go back to work or if they just don’t want to work.” Slyman told News 3 that they had a hiring sign posted for three weeks and not a single person came in for an application.