Going around the world on Thanksgiving 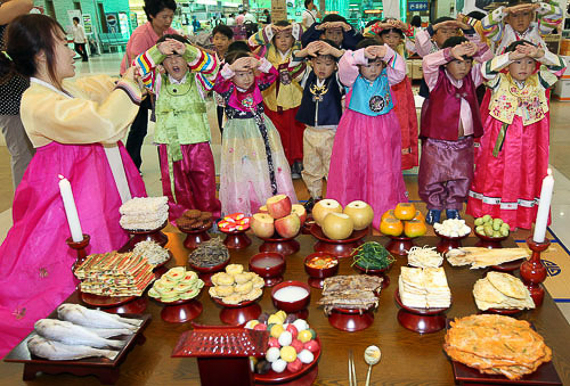 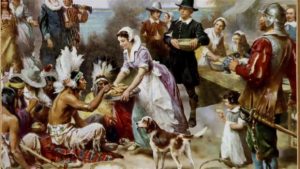 This joyous holiday, which is celebrated in the US, originated in 1621, according to history.com. Wikipedia states that it debuted as a way to celebrate the harvest season, and the main celebration is Thanksgiving dinner.  America’s first Thanksgiving was celebrated in Plymouth, Massachusetts, by the colonists and the Wampanoag Indians, who were celebrating the first successful harvest as well as the slaughter of a rival tribe.

Two years later, a second Thanksgiving was held in 1623 “to commemorate the end of a lengthy drought that menaced the harvest and told the governor to order a fast,” said history.com.  For more than two centuries, days of Thanksgiving were celebrated by individual colonies and states.  “Finally in 1863, in the midst of the Civil War, President Abraham Lincoln proclaimed a national Thanksgiving day to be held annually on the last Thursday of November,” according to history.com

Other than a traditional Thanksgiving meal, people people may also celebrate by watching football, attending parades, or donating food or services to those in need.

In American society, Thanksgiving is considered the start of the holiday season (Thanksgiving Day to New Year’s Day). Thanksgiving falls on the last Thursday in November.

But Thanksgiving isn’t only an American holiday; Thanksgiving is celebrated in other countries around the world, too–Saint Lucia, Australia, Canada, Liberia, and Grenada.

Thanksgiving in Canada is slightly different because of the date it occurs, the history, and things Canadians do on that day. For starters, the holiday is earlier because Canada more northern geographically, which results in their harvest season being earlier. Their Thanksgiving is held on the second Monday of each October.

Canadian Thanksgiving’s similarities, according to diffen.com, include expressing gratitude “for God’s bounty” and having a three to four day break from work and school. Thanksgiving is not observed throughout Canada entirely, but it is voluntary in the Atlantic provinces of Nova Scotia, Newfoundland, Labrador, Prince Edward Island, and New Brunswick, according to Wikipedia.

Since Thanksgiving is earlier in Canada, there is less association with Christmas (such as Black Friday shopping, holiday decor, etc.)  because Christmas is over a month away for them. 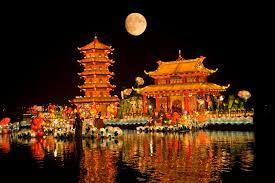 Located 9,380 kilometers away from Canada, China has its own alternative to Thanksgiving called “Zhongqiujie” or simply called the “Mid-autumn festival.” According to StudentExchange, “The Mid Autumn Festival is a harvest festival is a harvest festival and is widely celebrated in most East Asian countries, such as China and Vietnam. It is also called “the moon festival” as it is celebrated when the moon is believed to be the biggest and fullest.”

The holiday takes place on the 15th of August according to the Lunar calendar. 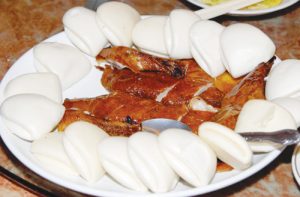 It is deemed as the 2nd most principal holiday in China, after the Chinese New Year. The Chinese commemorate this holiday by having dinner with their families, solving riddles, revering the moon, putting up lanterns, and participating in traditional activities. At night, people head to the streets to view dragon dances and parades . The most favored dish at the festival are moon cakes; these are dough cakes with fillings. The main ingredients of the cakes revolves around a yolk to illustrate a full moon. Most of the foods are fall-related treats. 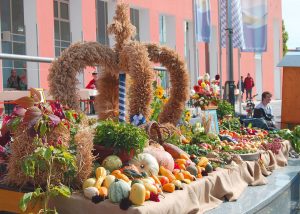 Moving westward to Europe, Germany has a Thanksgiving holiday that takes place in either October or September. Germans worship in the morning, and it is “followed by a procession in which a traditional harvest crown is presented to the queen, Ernteknigin.” According to StudentExchange, they also celebrate the day by dancing, music, and eating some harvest food. All uneaten food is donated to the homeless. 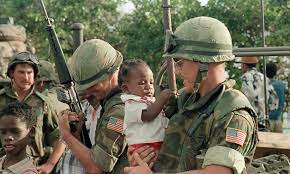 Grenada celebrates its Thanksgiving on October 25. According to allthatsinteresting.com, Thanksgiving in the small Caribbean island country began in 1983 to show appreciation for how America intervened and helped the country. Prior to the inaugural Thanksgiving within the nation, “the country’s democratic government was overthrown in a coup led by an insurgent socialist dictatorship.” Following the government being overthrown, President Reagon assisted the country because there were American students at the time studying at St. George’s University in Grenada. From the article, the text states “Grenadians, in an effort to show their gratitude, invited soldiers to eat with them on Thanksgiving. There they prepared some of the island nation’s standard plates — which are still consumed on the holiday today in thanks.”

Thanksgiving around the globe has two central themes: harvest and gratitude.  People in different cultures have unique ways of celebrating these sentiments of thanks and harvest. A common theme is also that families and close friends gather to make these celebrations more special and meaningful.