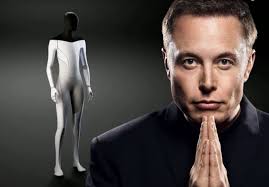 On August 24, Elon Musk revealed that Tesla has begun making robots, and the announcement came in the form of a 90-minute presentation. He hoped that these robots would be family-friendly and be able to navigate through a world made for humans.

Musk announced that the Telsa-Bots can be expected to be 5’8 an average size for humans and only 125 pounds; he wants it to be made out of lightweight materials for it to be easier for the buyers and robots to navigate through this world.

The robot was given the code-name “Optimus” and will have human-like hands and a visual sensor to help it see.

The Tesla-Bots are intended to complete boring tasks that humans don’t want to do like driving or carrying groceries and even dangerous tasks like factory and machine work.

Musk told The Verge that the robot will only respond to correct commands. For example, an owner could say, “please go the store for me and buy….” Whatever you need to get, the robot could go get only with the right set of commands.  Another example Musk gave was that a robot could be directed to attach a bolt with a wrench.

Interestingly, Musk had been vocal about the dangers of artificial intelligence.  In 2014, Musk told CNBC, “I like to just keep an eye on what’s going on with artificial intelligence…There have been movies about this, you know, like ‘[The] Terminator.’ There are some scary outcomes.”  In 2017, he stated in a speech in Washington, DC, “I have exposure to the most cutting edge AI, and I think people should be really concerned by it.”  In another article by C-Net, Musk said, “we should be worried about AI.” He also told The Insider, “AI doesn’t have to be evil to destroy humanity — if AI has a goal and humanity just happens in the way, it will destroy humanity as a matter of course without even thinking about it, no hard feelings.”

However, in this presentation, Musk didn’t want people to worry about being overpowered by a robot. He joked that it will be easy to outrun and overpower them. 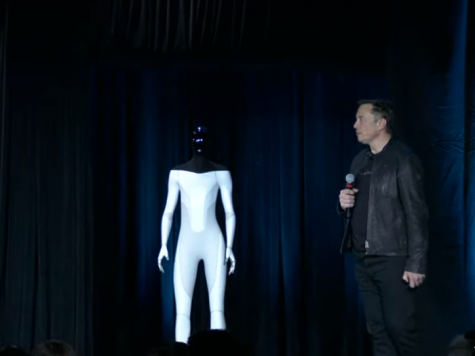 According to The Conversation, the Tesla-Bots are a move toward the future Musk envisions where “technology is humanity’s savior.”  The article notes, “In this future, energy will be cheap, abundant and sustainable; people will work in harmony with intelligent machines and even merge with them; and humans will become an interplanetary species.”

The Tesla-Bots prototypes will begin production in 2022.