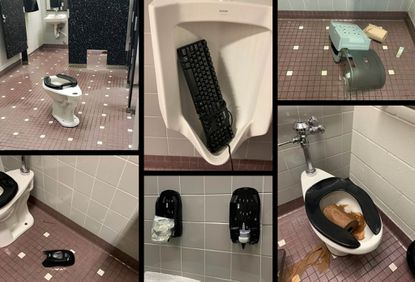 One fateful day on TikTok would be the start of a school crisis. Recently, a TikTok by the user @jugg4elias went viral for stealing a box of masks with the caption, “A month into school.. devious lick.” This clip got millions of views and started a trend that would leave schools devastated.

Since @jugg4elias’ video went viral, TikTok removed the clip off of the platform and the user is no longer active.

The devious lick trend started with stealing small things around the classroom. Eventually, though, it escalated into stealing hand sanitizer, toilets, sinks, water fountains, and hand dryers. Others got even more creative and started stealing safety signs outside of schools.

In the middle school, it has shifted from not only stealing items but vandalizing them. Hand sanitizer stations were broken, and toilets were clogged with paper. 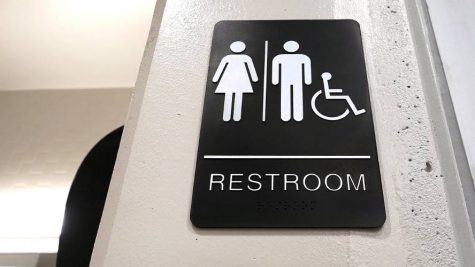 At Mayfield, the devious lick trend hasn’t hit as hard as some other schools. So far the middle school has been fortunate enough to afford to replace stolen and vandalized items.

Mr. Destino said that people are being caught and some people who get caught will be cleaning bathrooms after school. He also said that “If you get caught you will be charged with vandalism and be suspended from school.”

Lander, as well as Center, has also had no issues thus far with the devious lick trend. Mrs. Evans reported, “…we have not seen this issue at Lander thus far. We continue to promote a safe, positive, and healthy school climate at Lander.” She also said, “We hope that our students are being responsible consumers of social media, take pride in our Mayfield Schools, and continue to build up our school into a place that we all feel that we belong.” 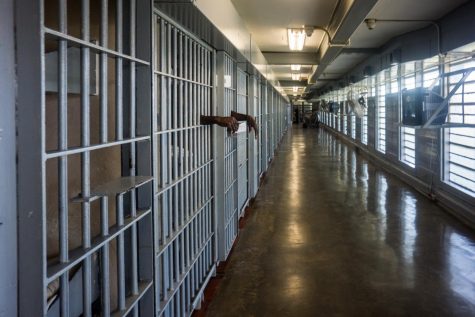 This trend has taken a turn from simple fun into teens getting into legal trouble. According to People, at least 13 teens are facing criminal charges for vandalism.

Along with the devious lick trend, there is the exact opposite of this trend called “An Angelic Yield.” This usually involves a student placing toilet paper in a bathroom or replacing a hand sanitizer bottle. (While these may seem praiseworthy, most of these are created ironically.)

According to Fox News, a spokesperson from TikTok said that they were removing “devious licks” content. They were also redirecting all related hashtags and searches to their guidelines in an effort to “discourage the behavior.” TikTok states that it doesn’t allow content that “promotes or enables criminal activities.”  Yet, many TikTokers have found loopholes around the restrictions to continue sharing related content.

Many TikTokers are saying that the devious lick challenge is only the beginning of the scandalous trends and that many more are to come.