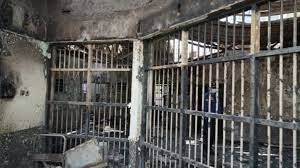 On September 8th, 41 prisoners were killed in an early-morning fire in a crowded sector in the Tangerang Class I Correctional Facility in Tangerang, Indonesia. This facility is just 41 minutes outside of the capital city, Jakarta. The blaze was ignited at 1:45 am local time. At first, it left 41 dead, and an additional 75 prisoners were injured. As outlined in the article from The Washington Post, most of the 41 died when locked up in their prison cells with no chance of escaping. The fire was spreading faster than the prison employees could unlock and evacuate the prisoners.

According to the BBC, there were 122 inmates who were sentenced in the Block C section. The prison is meant to hold only 38 prisoners, but held 122 inmates around the time the fire occurred. The prison system in Indonesia is overcrowded and has been packed like this for years. The prison section in question, Section C, was for inmates who are imprisoned for crimes pertaining to drugs, according to Wikipedia.

Indonesian officials opened an investigation into the cause of the fire. Investigators believed that a short circuit might have caused the fire. The fire investigators noted that the wiring hadn’t been updated since 1970, the year the prison opened. Section C was so overcrowded because the stringent Indonesian drug laws were incarcerating minor offenders who would have benefited by rehab instead of locking them up with more serious offenders.

As the fire was spreading, some of the cell doors were locked. In fact, Indonesia’s justice and human rights minister, Yasonna Laoly was quoted as stating, ¨some cells couldn’t be opened.”

Footage displayed heavy smoke rising from the sector as the fire was growing. The fire was extinguished one hour later. According to the BBC, eight people also had suffered from injuries. Following the fire, it was found that the fire was caused by negligence and no intent was confirmed, as outlined from en.tempo.co. The article also found that the fire was started from a short circuit and initiated by an inmate ¨who did not have expertise in that type of field.¨  According to the experts from the  University of Indonesia and the PLN [national electric company], ¨the fire quickly grew as it reached the prison’s ceiling that was made of wood.”

Inmates and prison officers were also too late to realize a fire had broken out because it happened at 2 am. Because of this tragedy, leaders of prisons  must be more conscious of the horrifying effects of overcrowding, as well as ensuring safety precautions, to avoid further incidents.

The Human Rights Watch had estimated that the prisons held 270,000 people – more than double their capacity. This presented a major risk of contagion during the ongoing coronavirus pandemic. The question to be investigated is, whether or not overcrowded prisons should  continue incarcerating criminals with minor drug offenses at the risk of doubling their inmate population?  Or could there be an out-of-prison recourse for minor drug offenders?