Out of sight: New cell phone policy at MMS 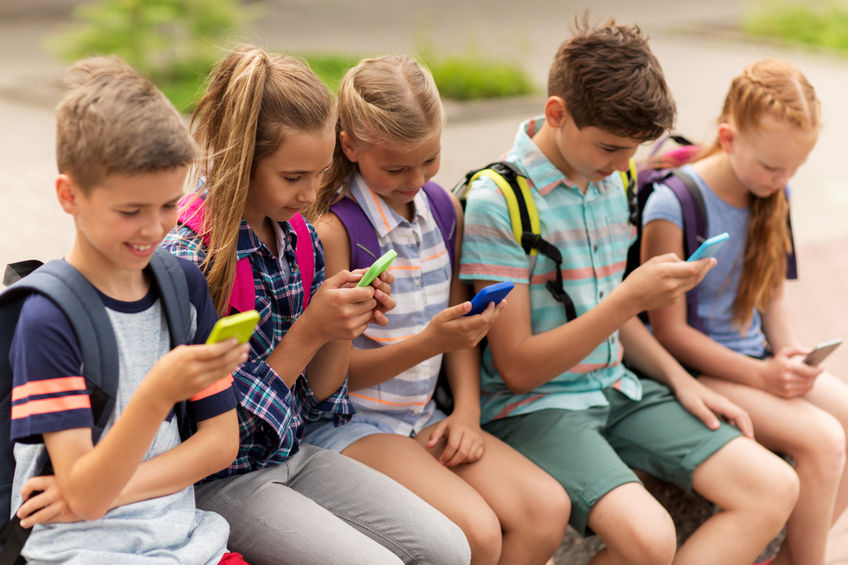 Mayfield Middle School has recently changed its building policy regarding phones during school hours. Last year, teachers were left to decide what their rules regarding phones entailed in their classroom. Students were allowed to use their phones during break times like lunch and advisory. This year, however, this grey non-rule was turned on its head in favor of a black and white policy. Students are now required to keep their phones off and in their bookbags from 8:00 am to 3:05, including lunch. There are no exceptions to this rule.

If a student is caught with their phone during the hours in which they cannot use it they can get their phone confiscated. Teachers take the phone to the office, and it is returned to the student at the end of the day.

Some might wonder why the phone ban was implemented in the first place. Mr. Destino claimed that smaller incidents like texting in class, students meeting up in bathrooms, and bullying online were some main factors that went into banning cellphones. Incidents regarding social media that took place last year may have also contributed to the decision to ban phones during school hours.

MMS teachers seem to be unanimously in favor of the new policy.  Teachers report that there have been far less distractions, more willingness to participate in team activities, and more social interaction among students in the cafeteria.

One adjustment for teachers, however, has been losing cell phones as a tool.  Mrs. Williams said,” If I need you to take a picture of something that I want you to include, and the chrome book camera isn’t working that would be a tool.”  Other teachers noted that they used to have students use phones for online games and survey programs such as Menti, Kahoot, Padlet, or Poll Anywhere.

“I used to encourage students to set alarm reminders for work, create to-do lists in notes, or organize due dates in their phone’s calendars,” said Mrs. Saunders.  “I’ve caught myself wanting to say that this year a few times, but there are plenty of tools on the Chromebook that can do the same job.”

Some teachers were admittedly skeptical of the policy’s sticking power when the year began. One teacher  said that he “didn’t think it would work” and was surprised that MMS has been successful with keeping phones out of the classroom so far.

Many students (perhaps surprisingly) also agree that phones are a distraction and should be left out of classrooms, but students do say that it would be nice if they were allowed to have them out during break periods like lunch.

Many students say that they have gone on their phones during school hours and not received consequences.  Checking or sending texts in the bathroom or sneaking a peak while pretending to get something out the backpack are the most common moves.  But even with some students finding a few stolen second here and there, overall phone presence in the middle school is definitely down significantly from the previous years.

Interestingly, many students have claimed that despite the new policy, their screen time average has not gone down since last year.  Insider says that teenagers spend as much as 9 hours per day on their cellphones.  But for students at Mayfield Middle School, at least, those hours will have to come after 3:05.