Delta Variant: Should you be worried? 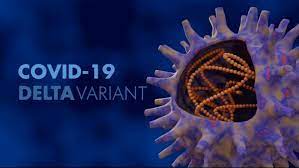 In March 2021, the Corona virus mutated in India, birthing the Delta Variant, a variant ready to infect the world. Virus variants form in order for viruses to survive; if a virus doesn’t mutate it will start slowly dying. Most mutations are small ones that go unnoticed, but when the changes are larger they form what are called variants.

Delta has taken the world by storm, doubling the amount of Covid hospitalizations according to CNN. The variant is 50% more infectious than the original Covid-19 virus.

The Delta Variant is dangerous but it’s simple to take action against it. Masking up and staying 6 feet away has been proven in 49 scientific studies to reduce the spread of the virus.

Getting vaccinated is also helpful, especially at protecting at-risk populations. After the 2nd dose, the rate of being hospitalized goes down by an average of 94 percent. 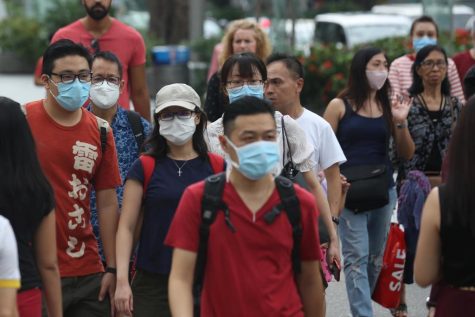 While the variant is more infectious, it’s also more severe symptom-wise. According to healthcheckup the symptoms of Delta can be cough, tiredness, high temperature, abdominal pain, difficulty breathing, rash, sore throat, loss of taste, loss of smell, cold and sneezing, diarrhea, pain in the chest, and even discoloration of toes.

Even though the Delta Variant is going strong, 53% of Americans are trying to go on vacations. Many officials are advising against traveling during these times. UC Berkeley’s Dr. Swartzberg says, “It’s not an absolute no, but I would be very cautious right now about traveling. You’re putting yourself and others at risk. We’re back to where travel should be reserved for those circumstances where it’s just critical.”

According to a survey by TheVacationer, of the 53% of Americans that are traveling, a large majority of them are traveling by car instead of a plane in an attempt to be safer.

The variant has not only had an effect on the American people but the front-line workers as well. According to Fox 17, doctors and nurses are exhausted mentally. They have seen people die of Covid over and over again. Many of the front-line healthcare workers have watched kids die of Covid in front of their parents and it absolutely devastated them.

Despite the variant taking the lives of thousands and hospitalizing many more, Americans still don’t want to take measures to protect themselves. There have been anti-mask protests garnering over 1000 protesters. Many of these protests happened because schools are starting to mandate masks again. These protests have been dubbed ‘mask-wars.’ 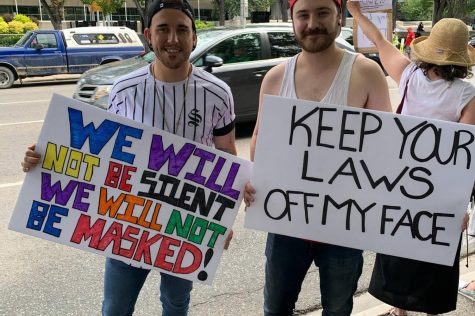 In Austin, Texas, in the Eanes Independent School District, mask-wars have erupted from parents. Parents everywhere are furious that their children have to be masked during school. Some of these mask-wars have even escalated into violence, including ripping off a teacher’s mask– claiming they couldn’t understand what she was saying.

Whether or not the Delta variant will remain is unknown.  According to the CDC, “Sometimes new variants emerge and disappear. Other times, new variants persist.”  There are actually “thousands” of Covid variants, says the CDC, and it is likely that Delta won’t be the last one to have an impact.