“Code red for the climate”: What you need to know about the most recent IPCC report 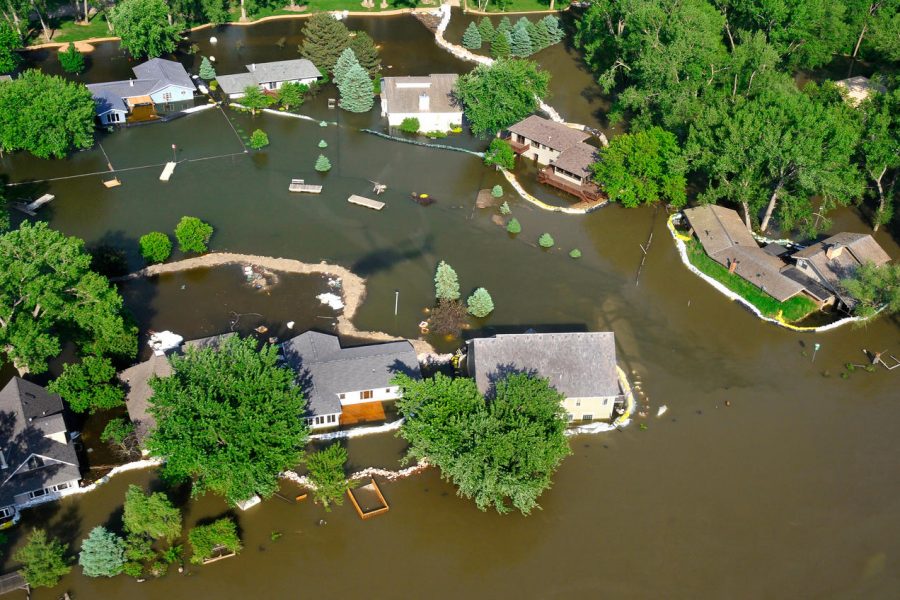 Lawmakers and citizens alike have been made aware of recent discoveries about climate change from the most recent International Panel on Climate Change report.

The IPCC report, released every 6 to 7 years, came out on August 7th and contained some very alarming information about the climate and its future. The report talks about how it is very likely that the global surface temperature will surpass 1.5 degrees Celsius in warming despite efforts to prevent this from happening. The report also says that carbon dioxide and other greenhouse gases, like methane, emissions are higher than ever.

Climate change may be global but it affects different areas on the globe differently, some places will get warmer while others might be very rainy (BBC). 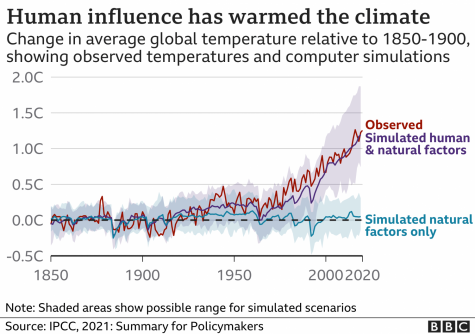 According to the IPCC report on climate change and its effects, the changes “are unequivocally caused by human activities.”

Vox’s summary of the report talks about how climate change will only make extreme climate events (like earthquakes and tornados) worse.

It has also been discovered that if we do nothing, in the future many coastal cities will flood, the global surface temperature will rise, and  there will be an increase in heatwaves and many other catastrophic events, according to WWF and the IPCC report.

However, all of these catastrophic effects of climate change can be prevented. The most important thing to do to try to slow climate change is to talk to lawmakers who can make a difference. This can be protesting an anti-climate bill,or writing a letter to local lawmakers and  local congressmen or women.

Other small things that individuals can do to help fight climate change can include limiting flights, carpooling with people going to the same place, taking public transit, biking, and walking instead of driving. These simple alterations to lifestyle would drastically reduce carbon footprint.

Things that even regular people can do to help are things like reducing electricity usage and producing less waste by using recyclable items and items that can be reused (Imperial College, London).

Some choose to stay optimistic; thinking that the existing efforts against climate change will be enough. However, this is simply not the case. One of the more prominent climate agreements is the Paris Climate Agreement. This agreement was formed among many countries to avoid the planet from exceeding 1.5 degrees Celsius of warming.

But according to the IPCC report, this goal is going to be near impossible. The report says, ”Global surface temperature will continue to increase until at least the mid-century under all emissions scenarios considered. Global warming of 1.5°C and 2°C will be exceeded during the 21st century unless deep reductions in CO2 and other greenhouse gas emissions occur in the coming decades.” This means that though the Paris Climate Agreement did help the climate it will not be enough to slow climate change without more efforts to save the environment. 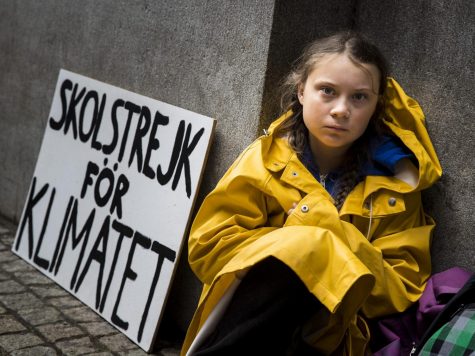 One notable person fighting for climate change is 18-year-old Greta Thunberg. Greta is from Sweden and has been the face of modern-day climate activism. She can be recognized for starting the climate movement, “Fridays For the Future” where she would protest outside of lawmakers’ offices to fight for climate change.

Thunberg told the The New York Times, “For children and young people, climate change is the single greatest threat to our futures. We are the ones who will have to clean up the mess you adults have made, and we are the ones who are more likely to suffer now.”