“More than 3.5 million children ages 14 and younger get hurt annually playing sports or participating in recreational activities,” according to Stanford Children’s Health.

According to Stop Sports Injuries, high school level athletes contribute around 2 million injuries, 500,000 doctor visits, and 30,000 hospitalizations every year. Around 3.5 million kids under the age of 14 receive medical treatment for sports injuries, and they contribute to around 40 percent of all sports-related injuries every year. 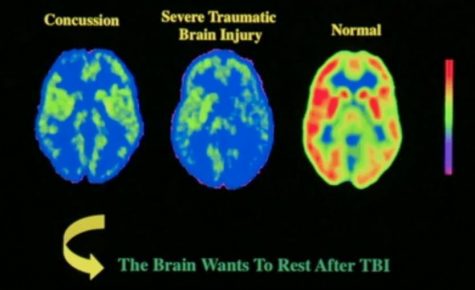 The rate and the severity of sports-related injuries increase with a child’s age. Of children in school-organized sports, 62 percent get injuries in practice. This may be because one-third of all parents don’t have their children take the same safety precautions in practice as they would in a game.

For teen athletes, many sports injuries result in a trip to the hospital, says Coachad. Most of these injuries are caused by basketball ankle injuries, then football with concussions, then soccer in third with pulled muscles. Last is baseball with arm injuries.

Select students from 7th and 8th grade were asked about injuries they had sustained in sports. 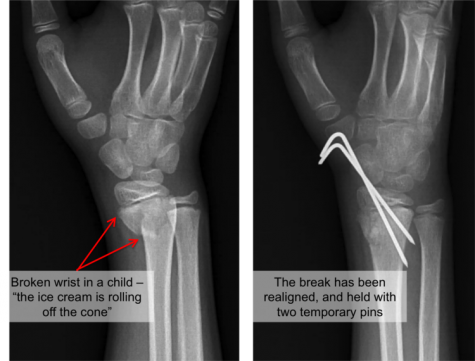 Claire Schend got a broken wrist while playing in a football game. She recalled that she was underneath a dogpile and her wrist snapped. She was out of her sport for five days and she wished that she would have moved the placement of her hand to prevent her injury. She recovered from her broken wrist by having a cast and letting it heal by itself.  Her parents wanted her to continue playing the sport that she loved.

Julie Blum replied that her injury was shin splints from track practice. She said that instead of running on her toes and on her heels, it caused her to get injured. She was out of the whole outdoor track season. She stretched and iced her shins every day to heal faster. Her parents at first wanted her to continue her sport because they thought that the muscle was stressed. But later on in the season the shin splints got worse. They talked to the track coach, and they told her that she should take a break and take time to heal. Miss Blum tried to continue the season but was unsuccessful in doing so. She is not running this upcoming track season because she is afraid to get hurt again.

Dwight Fritz sprained all of the ligaments and muscles in his foot and also suffered multiple bone bruises. Mr. Fritz was at wrestling practice when he was injured. He was trying to throw someone heavier than him. This caused Dwight to be in a boot. It has been 6 weeks and he has a couple more weeks to go. He plans on continuing his wrestling career.

Audrey Galgoczy sustained a sprained tendon from soccer. She got this injury by kicking the ball the wrong way and because of this, she was out of her sport for 3 months.  She couldn’t do any physical or fun activities during summer but when she was healed she went back to playing soccer. 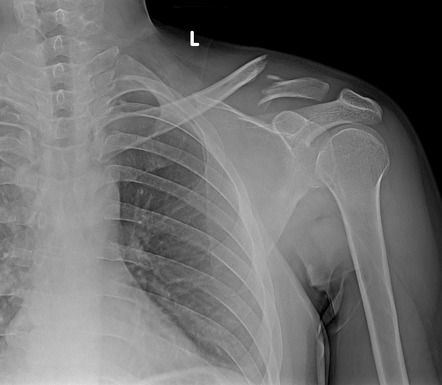 Julia Schabroni, who plays ice hockey, got a broken collar bone while in third grade. She was out for the rest of the season and had to wear a sling through the healing process. She continues to play ice hockey.

Lori Marsalis broke her ankle in a basketball game. She was pushed and fallen on by another player, which caused her ankle to snap. Lori was out of her sport for two months and had to wear a splint for over a month.