A celebration four years in the making: Leap Day birthdays

Leap years occur every four years, adding one extra day and making that year 366 days by adding in February 29. Leap years happen because the planet orbits around the sun, and rotation on its axis is not a perfect line. An article called Time and Date stated, “It takes Earth approximately 365.242189 days, or 365 days, 5 hours, 48 minutes, and 45 seconds, to circle once around the Sun.”  So to account for the extra hours, adding one day every four years keeps the solar calendar properly aligned.

What happens to the people that are born on a leap year day? People born on February 29 are sometimes called Leaplings, Leapers, or Leap-year-babies.  About 4.1 million people around the world have been born on February 29, and the chances of having a leap day birthday are one in 1,462. 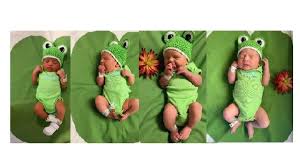 This year, the Women’s Hospital of Texas dressed its Leapers as frogs.  They Tweeted, “Meet some of our 2020 #leaplings! These special #LeapDay babies are part of a group that shares the rarest birthday and together represent only about .07% of the world’s population. Because it will be four years before they can celebrate on the 29th again, help us give Cameron, Kaki, Oaklynn, Rylon and all our #LeapYear babies the biggest, greatest ‘happy birthday’  wishes!” 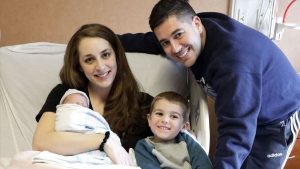 One family, the Demchaks, defied incredible odds to have their second Leap Year baby this year. Their son was a Leap Year baby in 2016, and this year their daughter was born on Leap Day as well, arriving five days ahead of her scheduled March 4 due date. The father, Dane Demchak  told CNN, “Deep down, I wanted it to happen and always joked with my wife that she will be born then, too, but never really believed it would happen again…I think they said the odds were 1 in 2 million.” 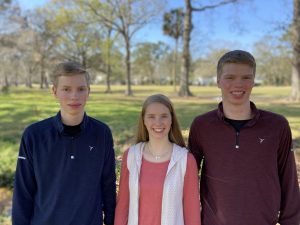 Another family that receives a lot of attention on Leap Years is the Rowe family.  In 2004, they had triplets born on February 29 in Charleston. Greenville News describes, “The chances of being born on a Leap Day are 1 in 1,461. The chances of being born as a ‘spontaneous’ triplet, as in triplets born without the aid of fertility treatments, is about 1 in 8,100 births. So the odds of being a spontaneous triplet who was born on Leap Day without induction or C-section figure to be about .000000249-percent.”

For the Rowe triplets, who turned 16 this year, every four years does tend to bring a large celebration–usually around 100 friends and family members and three cakes. 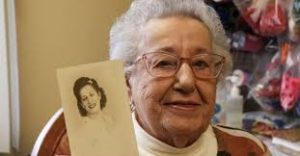 Also this year, Leap Baby Angie Crognale, who was born on February 29, 1920, celebrated her 100th birthday but joked that she was only 25!

When it’s not a Leap Year, most Leapers celebrate on either February 28 or March 1. Some celebrate both! In terms of legal matters such as when a person can get a driver’s license or drink for example, March 1 is used.

Aside from only getting a birthday every four years, there are other possible problems.  Many Leapers “repeated frustration as organizations and computerized systems refuse to acknowledge their birth date,” says HeathLineDrive.  This means that when they go to enter their birth date into a website, February 29 is sometimes not an option.

There are parents who fear that being a Leap baby could mean feeling slighted about having a “real” birthday.  There are actually mothers who, according to HealthLineDrive, to “ensure they wouldn’t feel left out at birthday time…have asked to be induced or scheduled Cesarean sections to avoid giving birth on a leap day.”

I interviewed Mrs. Marrotte, whose daughter was born on Leap Day. She explained of her daughter Amy, “When she first realized what it meant she sad ‘Mommy, why did you have me on that day?’ and I told her that was her first decision.”

“When she was living at home we always celebrated it on whatever weekend in February felt closest to her birthday, so we tried to keep her birthday in the same month…On an actual Leap Year we always try to do something special for her…When she was 16 we rented a limo and took a bunch of her friends and had a big party for her.”

Amy Marrotte, now a school psychologist living in Chicago, said, “in Middle School, I feel like my classmates didn’t really understand, but once they did, they thought it was cool.  It’s something that makes me unique; it’s something to embrace.  It makes that extra day once every four years extra fun to celebrate.”