What are the robots in the hallway? Meet Spheros. 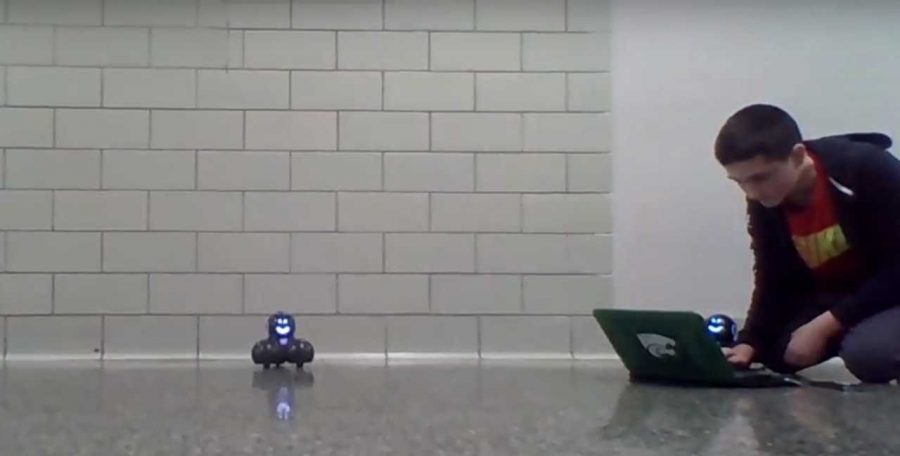 The STEM department has recently purchased R2D2 Spheros, which are small robots, the design of which mimics R2D2 from the popular movie franchise, Star Wars. They are being used to teach the sixth graders an easy way to code. 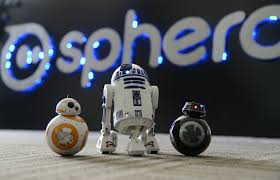 According to STEM teacher Mrs. McGarry, Spheros helps kids to learn to code in a way that is more appealing to them. For example, when the 6th-grade kids use the R2D2 Sphero, the program makes them code the robot to successfully go through a maze. Click here to watch the students complete the maze.

A 6th grade STEM student said, “I love playing with the R2D2 robots and the best part is making it speak. We used to make some videos of the robots talking to each other too. So I think it is really good and fun to play and program these robots.” The students overall tend to enjoy learning with the interactive robots.

The seventh graders use Cue robots, which are paired with a simple program to help kids learn simple code. The students are assigned to not just make the robot go through mazes, but to also make it change color, and to program it to say certain phrases of their choosing.

Click here to watch the 7th graders interact with the cue robots.

A seventh grande student stated, “These robots are cool and also these are cute too…When I was in 6th-grade we did not use the R2D2 robots but it is okay because we have the Cue robots which are even cooler than the R2D2 robot.” 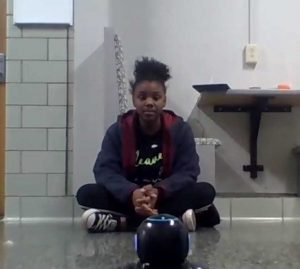 Cue robots cost $200.00 because of their features, which include new emotive AI systems, more memory, improved sensors, upgraded processors, and advanced Bluetooth capabilities that make cue a true CleverBot. The robots also have the capability of changing color, which makes them a more engaging experience.

Eighth-grade students have a much different challenge. They are given the task of creating their own robots and making sure that they work. Example robots given to the students include an elevator, a toll booth, a traffic tamer, a drag race car and more.

A student in 8th grade mentioned, “STEM is cool. We could pick our partner and work on these buildings, which is really good too.” Some 8th grade students expressed disappointment in the fact that they never got the chance to use the school’s new robots, but they also enjoy the liberties that STEM class offers.