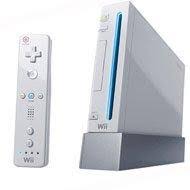 Support for the original Wii ends in March. This follows Just Dance 2020 being the last Wii game released by Ubisoft–the only game publisher to release a game for the console in 2019.

In 2006, the first version of the Wii was released. It dominated the casual gamer market with its motion sensor technology. Wii games regularly sold 20 million copies, which in 2012 Slate attributed to Nintendo bringing back market share from Sony and Microsoft. The Wii caused Sony and Microsoft to release their own motion control systems, such as the Kinect in the case of Xbox.

The original Wii retailed at $249, the cheapest of its competitors. Its motion control featured the Wii Remote, commonly called the Wii‘Mote’. Wii remotes may have an attachment for Wii Motion Plus, or it may be built-in. This greatly improves the Wii’s motion sensor. There is an additional add on called the Nunchuck, which was held by the left hand and had a joystick. The Wii had full backwards compatibility, meaning it could play GameCube games which were featured in the previous generation.

The Wii was extremely popular. It felt as though everyone all had one and  liked it. 8th grader Nikolas Lako enjoyed Super Smash Bros. Brawl. He used to play it “all the time” but he enjoys playing his Nintendo Switch and Super Smash Bros. Ultimate now. Logan Kreninsky also used to have a Wii. He noted his favorite Wii game as the Wii Sports Resort Swordplay, but he has upgraded to a Wii U.

Both were somewhat saddened by the passing of the Wii but had already moved on.

The Wii came with Wii Sports, a tech demo showing off what the Wii could do. The Wii commonly sold over 20 million copies of games such as Wii Play and Wii Sports Resort. Nintendo Soup reported the game Mario Kart Wii as still selling up to 40,000 copies recently in 2019, giving Nintendo a good profit margin. Mario Kart Wii has sold 37 million copies, a testament to the power of the Wii.

The Wii has created noteworthy stories in the past, such as Reuters reporting on a couple of individuals who got a condition called Tennis Elbow due to excessively playing the Wii. Last year The Verge reported on a small corner of the internet of Wii Sports speedrunners, people who attempted to beat Wii sports golf in the shortest time possible. Other Nintendo games, particularly Super Mario 64 have found a modern Niche with speedrunners.

The Google Trends search term data shows an apparent spike in interest in Nintendo Wiis during December and the holidays. However, interest in the ending of the console is lower compared to the Wii itself. The Wii remains popular on YouTube and the Mii Channel theme has reached meme status, with videos regularly bringing in millions of views.

The Nintendo Wii loses all support in March, but it’s not the end of the Wii yet. Many still enjoy playing their Wii, and there is continued interest in Wii. The Wii will continue to have full functionality, although the console will no longer be supported.