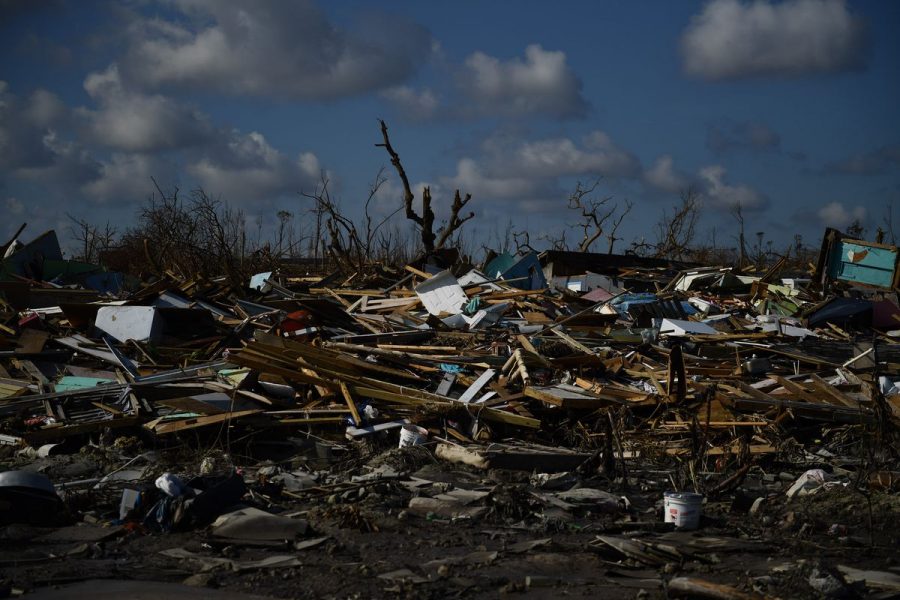 Credit for image goes to Vox.com

Last year’s category five Hurricane Dorian laid waste to the Bahamas, causing damages ranging from 1.5 billion to 3 billion dollars in repairs according to CNBC. The catastrophe occurred in September of last year, but still affects everyone in the Bahamas, five months later.

Before rebuilding occurred, 70,000 citizens were left homeless without any contact with the outside world, or way to get out and the places that were hit the hardest, just as news website Vox expressed was the Northernmost islands of the Bahamas. It’s in these places that rebuilding has become difficult for the volunteers due to how much time it would take to restore the towns to their original state.  Nearly half of all homes in Grand Bahama and Abaco were destroyed.

During the hurricane, a citizen messaged, “Pray for us. My apartment building, as we stayed in, the whole roof came off. We are staying right here. People are trying to make it to the other side where this house is. But some people, the water just took them and those are the only people that [made] it over there. Some people didn’t get to make it.”

Another thing that volunteers and workers are doing to clean things up is that they are attempting to cleanse the streets of debris and fallen trees that were initially separated from their respective buildings and seized out of the ground.

In all the disarray during the hurricane, at least 70 people had died and to heal the injured people it had cost at least one billion US dollars. According to to Buzzfeed News, in a month alone, 100,000 pounds of supplies were shipped to the Bahamas for the survivors of Dorian. Since then they coordinated drop off points for everything from baby diapers to much-needed medicine.

Though, as reported by The New York Times the Bahamas are attempting to push for more tourists to visit due to the islands being mostly supported by the tourism industry. (t accounts for 50% of the country’s GDP, says The New York Times.) In the first few months after Dorian, only four million people visited, but later in 2019 it hit a record-breaking-low 1.75 million visitors.

Disney recently announced plans to open a new resort one on of Bahamas’ private islands, however, which could provide a much-needed boost to the country’s struggling economy.

The tourism industry wasn’t the only thing that took a hit.  Hurrican Dorian also destroyed about 30 percent of the coral reefs around the islands, according to February report from the Perry Institute for Marine Science.

According to Forbes, places like the US have donated 25.8 dollars to aid in the recovery and to help provide food and clothing for the people who are struggling.

On WNGT a woman and her son who survived Dorian came to Flordia and attended school there. On the first day of preschool, her son was embraced by his classmates and his mother stated, “ “My whole country is at such a point of devastation and everything we were seeing,” she said. “This made me feel really loved and cared about.”