Six more sports to be added to the Olympics 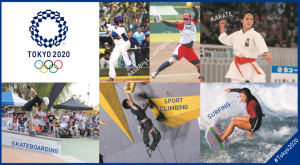 The International Olympic Committee and the IOC have officially announced the arrival of six new sports to the Tokyo Olympic Games in 2020. The sports that have been added include baseball, softball, karate, skateboarding, sport climbing, and surfing.

The official Olympic website called it “the most comprehensive evolution of the Olympic program in modern history.”

The process to add the games started two years ago in 2018. It was part of the committee’s goal to be more creative, flexible, and appeal to youth. The new rule allows the host country to add sports based on local interest.  Each new host country can decide whether to keep the added sports, drop them, or replace them with something else. 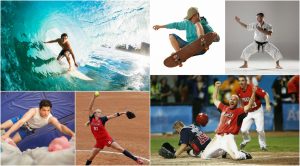 IOC President Thomas Bach said, “We want to take sport to the youth. With the many options that young people have, we cannot expect any more that they will come automatically to us.” The sports climbing and skateboarding were specifically added to appeal to the younger population. They are expected to spread the popularity of the games. Temporary venues will be built for these sports in urban settings.

A USA Today article by Andy Kostka stated that the new surfing event will take place over a 16-day window to allow for surfers to have the best water conditions. The committee was considering using a wave pool so that it was fair for all surfers competing, but eventually decided to have the contest at Shiva Beach. There will be ten men and eight women who qualify for the surfing competition. For Americans, seventeen-year-old Carolyn Marks is expected to participate. People are wondering whether Kelly Slater, a 47-year-old pro surfer on the brink of retirement is going to compete. He is the 11-time world surfing champion.

Skateboarding will also make its debut appearance at the Summer Olympics in 2020 in Tokyo, Japan. It has also been provisionally approved by the IOC for inclusion at the 2024 Olympic Games in Paris. According to Wikipedia, there will be 4 men and 2 women to compete. There will be 4 events in total. 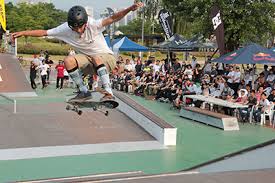 Climbing will be represented through many types of events, since the sport can vary in a number of ways. USA Today states, 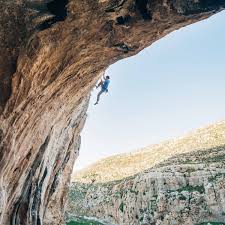 “There are different ways to climb, and that will be represented in the Olympics: bouldering, lead climbing and speed climbing. Bouldering challenges climbers with a course to navigate in a fixed amount of time. In lead climbing, Olympians will attempt to climb as high as they can up a 15-meter wall within six minutes. And in speed climbing, two competitors will race up a 15-meter wall. ”

Karate is also coming to the 2020 Olympics. In total, eight medals will be given out for karate, because weight and gender classes vary greatly throughout the sport. 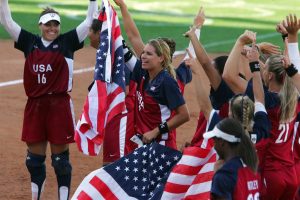 The last sports to be added to the 2020 Olympics will be softball and baseball.  Unlike the others sports, this will not be the first time for these sports at the Olympics.  Both were included in the games in the ’90s and dropped in 2008.  But this year they will be back.

The addition of the new sports will likely draw more viewers, and the possibility of different sports being features every time will keep people interested.  According to The New York Times, “Marco Maria Scolaris, president of the Sport Climbing Federation, said it was “courageous” for Olympic officials to have dramatically changed the 2020 lineup, noting that he had not imagined that his federation, founded less than 10 years ago, would take part in an Olympics.”  Athletes who never expected to be recognized internationally or have have a chance at attending the Olympics are now excited to see what the future holds.