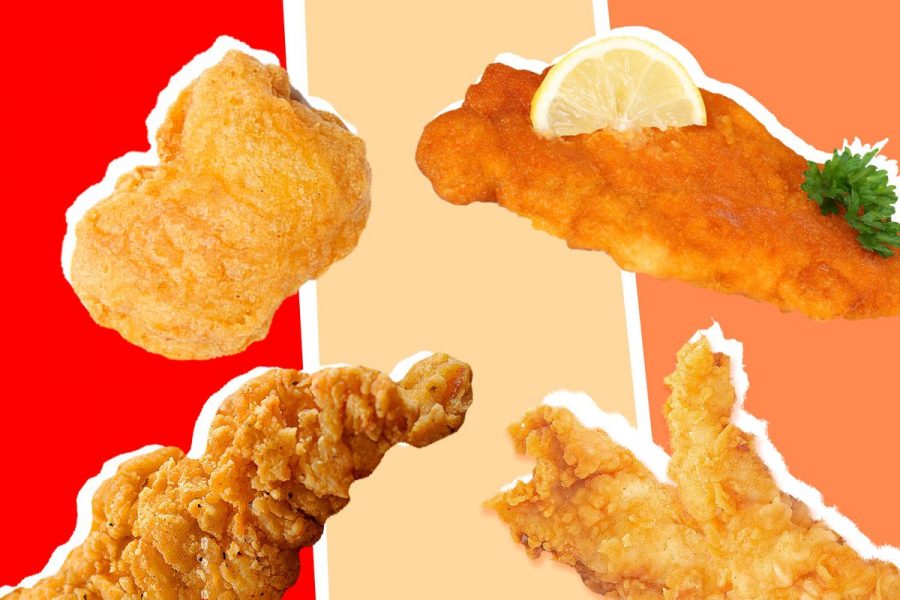 If chicken nuggets faced off against chicken tenders, who would win?

Some might say there is little to no difference between these two beloved finger foods. They are both breaded and fried then dipped into a variety of sauces. But a closer look reveals that there are a few key differences. 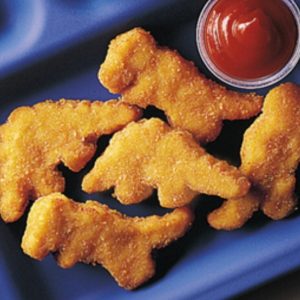 Chicken tenders, also sometimes called chicken fingers, are always made from a single cut of chicken, often breast meat.  Nuggets, on the other hand, are made from processed chicken.  It might be all white breast meat or not, but it has been ground and configured before being breaded.  As such, nuggets can come in fun shapes–like everyone’s childhood favorite: dino nuggets. 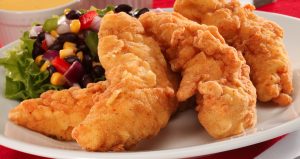 Some say the major distinction between nuggets and tenders is the context in which they are eaten. Nuggets hail from fast-food restaurants–small and bite-size and dippable, even on the go.  While a person would be hard-pressed to find a nugget at a sit-down restaurant, chicken tenders are a common meal found at most casual dining establishments. Diners might even find chicken tenders fancied up on a salad.

Though the two are similar, I have strong feelings about their differences.  I love nuggets. They offer a subtle outer crunch with a softer center and the perfect vehicle for sauce.  I choose to stay away from the rubbery tenders and the vein that too often runs down their middle. Tenders also often have too much breading, pushing the crunch factor over the edge.

If you have a strong preference, too, check out the video!