The Wuhan Coronavirus is spreading. Should you be worried? 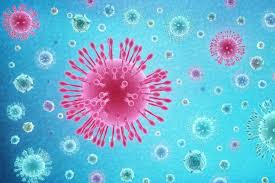 The novel Coronavirus in Wuhan has exploded in the number of infections in the past two weeks. Originating out of a seafood market in Wuhan, China, it spread by train to other provinces and by air to France, Germany, Finland, the UAE, and now, here in the USA.

As of February 7, according to the Center for Disease Control, there have been 12 positive cases of the virus, 2019-nCoV, in the United States. States with confirmed cases are California, Washington, Arizona, Wisconsin, Illinois, and Massachusetts.

According to The Columbus Dispatch, samples were sent to the CDC on February 4 for a possible case in Ohio, but it is not yet confirmed.

Globally, there have been 37,000 cases, most of which are in China.  In total, 24 countries have been affected. The CDC had confirmed 813 deaths, according to a CNN report from February 8.

A virus infects cells. The infected cell then will burst and release copies of itself to infect more cells. Humans have immune systems that kill diseased cells and releases antibodies to disable the virus. However, the virus often spreads to others while the person was sick.

The Coronavirus is different from the Influenza (commonly called the flu). In an interview with Dr Li, he said that the difference between the flu and Coronavirus is that “the genome is different.” The structure of the virion is slightly smaller as well.

Some news outlets, such as Business Insider say that “the Flu is a far bigger threat to most people than Coronavirus” citing much higher overall infection numbers and deaths than Coronavirus. For example, in comparison to the 813 deaths caused by Coronavirus, the CDC notes as many as 30,000 deaths related to Influenza this year. Coronavirus is, however, considered by the CDC to be a serious health concern regardless. Writer Roxanne Khamsi with Wired cautions against comparing it to the flu. She notes that fewer than 0.1 percent of people with Inflienza perish from it but that by some early estimations the rate of death from the new coronavirus is around 20 times higher at 2 percent.

The source of the virus was identified by The New York Times to be the Huanan seafood market. Xinhua, which is a Chinese news firm, says that “the origin of novel Coronavirus might be multi-source.” The Huanan seafood market, which was shut down on the first of January, sold live animals. Dr Li said that the source of Coronavirus was “likely bats.” This is consistent with recent reports, but the source was likely not from bat soup, which was features in a viral Chinese video.

In America, people can be heard discussing the Coronavirus. 8th grader Aidan Selkirk said that he is following the infection but that at school he “mostly hears about it as a joke.”

A lot of events regarding the Chinese New Year have been delayed or cancelled due to fear of the outbreak.

In all of China, Coronavirus affects daily life. Many people are wearing respiratory masks. Dr Li confirmed that the masks should work, although he added that there is a potential route of infection through the eye. Dr Li also reported that “[the government] cancelled a lot of trains.” The Huanan seafood market was very close in proximity to Hankou train station, which is one of Wuhan’s three major train stations and able to carry high-speed rail.

The Centers for Disease Control website says that “The virus is not currently spreading in the US” but that it was a “very serious public health threat.” The CDC says that the chance that someone gets infected is highly dependent on whether they have had exposure to someone with the virus. There are airport screenings at twenty airports to attempt to prevent the spread of the Coronavirus from China.

The Coronavirus is spreading, but there is no reason to worry yet. There are more cases by the day but unless a person has come into contact with someone with the Coronavirus, there is no need to worry. If it gets worse, however, it may become time to prepare. Once a vaccine becomes available, it is important to get vaccinated so that this doesn’t become another common seasonal illness. Monitoring the infection is the biggest step in prevention currently.