The Controversy of Abortion: Will there ever be a middle ground? 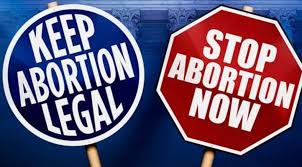 Whether you are pro-life or pro-choice, everyone has a right to their own opinions. The topic of abortion never seems to be able to be talked about without making another person upset. People often tiptoe around saying their opinion on this topic, but, will there ever be a point where everyone is happy?

Medline Plus defines abortion as “A procedure to end a pregnancy. It uses medicine or surgery to remove the embryo or fetus and placenta from the uterus. The procedure is done by a licensed health care professional.”  Sadly, some people do try to do it themselves at home, perhaps due to the stigma of getting an abortion, accessibility, or a desire for secrecy. But this can lead to infection, infertility, or in some cases even death.
Pro-Choice
The first side of the argument is pro-choice. These people stand for making abortion legalized.

They may show their concern through many protests or rallies to fight for a woman’s right to choose abortion. Pro-choice advocates often also fight for all kids of reproductive freedoms including access to birth control or contraceptives.

One of their major argument points is from Pro-Choice America. “Reproductive rights are essential for achieving gender equality. Reproductive freedom means having affordable access to all reproductive health care options, including birth control and abortion care. It also means supporting people who choose to work while pregnant and those raising families.” 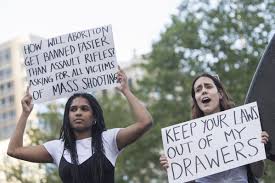 They feel that if someone is not ready to be a mom for whatever reason, they should not be forced to be one. It is their choice, as well as their body, and they don’t want their right to be taken from them. An undergraduate student in chemistry at MIT stated, “Having more options puts a woman on more equal footing with men, instead of being someone of whom they can take advantage. In addition, I believe that it is best for a child to not be born at all than to be born hated, to a mother who is forced to have him because she has no choice, and not because she wants the child.”

People who support pro-choice might believe that the embryo cannot think or feel, so it technically is not a human being yet. Since the fetus cannot think on its own, these people think that it is perfectly acceptable for someone to get an abortion.

But other pro-choice supporters might not actually think abortion is morally acceptable but still feel the law should protect choice.  As one anonymous interviewee stated, “I would never have one.  I would never tell a friend in crisis to have one. But I don’t think the law should prevent it for those who feel differently than I do.”

At times, an abortion may save a woman who is pregnant from major health complications or even death. Abortions have also been used in cases when the fetus has no chance of life; it keeps the mother from the emotional burden of carrying the doomed pregnancy for a full nine months.

Pro-Life
The other side of the argument is pro-life. These people oppose abortion and often euthanasia as well. (Euthanasia is the painless killing of a patient suffering from an incurable and painful disease or in an irreversible coma. It can be likened to putting a dog to sleep when it is suffering with no chance of getting better.) 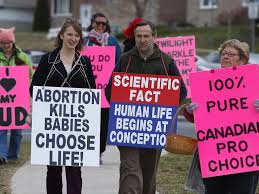 “Courageous suffragists like Susan B. Anthony and Elizabeth Cady Stanton who fought for women’s right to vote also opposed abortion,” Ms. Mancini said for Washington Times. “Pro-lifers should be inspired by the early suffragists, who understood the true dignity of women and that every person, born and unborn, deserves equal rights and protections under the law.”  One of their campaign slogans is “pro-life is pro-women.”

Pro-life people say that there are plenty of other options for a person if they are not ready to become a parent.  Paprolife says, “Adoption is a loving alternative for pregnant women who feel unready to parent. Today, there are many forms of adoption, including open, semi-open and confidential. Women may choose the level of involvement they wish to have in their child’s life once he or she is adopted.” 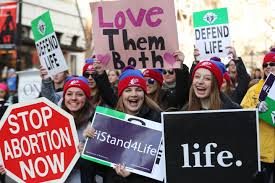 According to the Lozier Institute, “Organisms are “living beings.”  Therefore, another name for a human organism is a “human being”; an entity that is a complete human, rather than a part of a human.” Pro-life supporters often hold the belief that when the sperm cell goes to the egg and is fertilized, it is technically a living being with a future that is being stolen from it before it can be born.

The Anti-Abortion Wiki states, “Within the pro-life community, some believe that an unborn baby has life as soon as it has been conceived because they believe that having a human genome is enough for a developing organism to be called a living human being.” Therefore, unlike pro-choice, these people believe as soon as the egg is fertilized, it is a living being.
Common Ground?

The two sides are very different, but they do share some similarities in their beliefs. They both want to help women with what they’re going through and both hold protests particular to their differing beliefs. They also both are actively thinking of the future for the fetus when retaining their beliefs. For pro-choice supporters, this means wanting to prevent child abandonment or future neglect cases.  For pro-life supporters, this means giving a chance at a life.

Interviews among the students at Mayfield Middle School showed that most students think abortion is a poor choice but see the need for legal exceptions.

Sonny Delfino says, “I think it is kind of stupid because you are killing a baby kind of, and I think you should have the  baby and put it in an adoption center.”

Natalie Schreiber’s opinion is, “It could be a good or bad thing depending on the situation you are in…like maybe if you think about it, if you want to keep it, then keep it. Don’t make abortion your first decision.”

Madison Bresler partially agreed. She said, “I think that it depends on some circumstances. I don’t think that abortions are right but I also don’t think they are always wrong…It depends on the case, because if you got a divorce or broke up with someone you had it with, or if you got raped or something, the baby may bring back bad memories and so you don’t want to have it.” 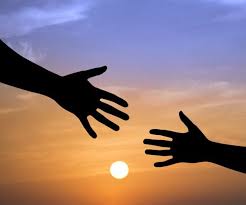 Emily Daedelow thinks,  “I don’t think you should get an abortion unless sexually assaulted. I don’t think abortion should be the first choice, because there are many other options because if you don’t want to have a kid. Why should they not get to live their life when you did?”

Seeing all of the student’s interviews, they all have similar opinions, yet they never stated strictly what side they are on. They all said that abortion should not be the first choice. However, some did say that in some cases, they understand abortion. They seemed to be the most supportive of an abortion if a person was to be sexually assaulted.

With issues that are grounded in firmly-held moral beliefs, it is likely that a resolution or agreement is not clearly within reach.  Perhaps the answer is in the middle ground, with stricter abortion laws, better sex education programming to avoid unwanted pregnancies, and a greater effort to inform women facing a difficult decisions of their options.