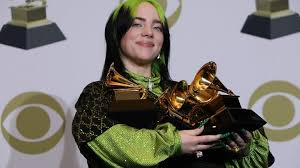 The 2020 Grammy Awards aired on Sunday, January 26 at 8:00 PM. They were held at the Staples Center in Los Angeles.

The winner for song of the year, the album of the year, the record of the year, and the best new artist was Billie Eilish. She performed her current hit “Bad Guy” with her brother, Finneas O’Connell. When she won the Grammy awards, she said, “I love you so much. I’m not gonna waste your time. I’m really not. I love you, thank you for this.” 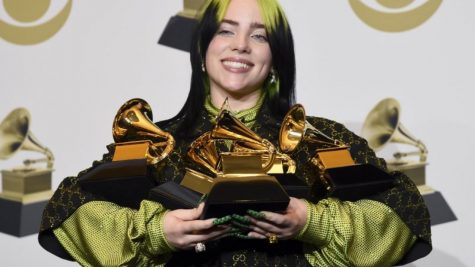 “IGOR” by Tyler, the Creator was awarded Best Rap Album. When Tyler the creator was announced as the winner, he said, “I’m half and half on it.”

Best rap performance was awarded to “Racks in the Middle” by Nipsey Hussle featuring Roddy Ricch and Hit-Boy. Since Nipsey Hussle is no longer alive, his family accepted his award, and his grandmother thanked the attendance for “showing all the love…that I have felt for him all of his life and will always live in my heart, so thank you.”

The song that won best rap/sung performance was “Higher” by DJ Khaled featuring Nipsey Hussle and John Legend. When they received the award the both dedicated the song to Nipsey Hussle; and John Legend said, “We all love him, we all miss him. It is terrible that we had to lose him so early.” He added, “Thank you for allowing us to use his legacy and lift it up in song tonight.”

“Ventura” by Anderson Paak won best R&B album and best R&B performance. When he won this award he said, “Honestly, I was sweating bullets.”

“Social Cues” by Cage the Elephant won best Rock album. When he won the award, Matt Shultz said, “I just want to continue to make records that feel inspired as we write them.” 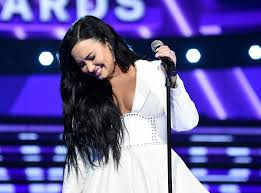 One of the night’s memorable moments was an emotional performance of the song “Anyone” by Demi Lovato. She was crying because it was the first time she had been performing since 2018, when she overdosed. She also said, “I looked at the front row and I saw my mom and my two sisters, and I think having… seeing them in the front row just overwhelmed me with emotion.” She added, “Also, it was very much in my head, like, this is the first time you’re on stage in a year and a half… so I had that voice in my head. And then, also, I put myself back in that hospital bed listening to that song, on little speakers in the ICU. I put myself back in that position and I was just overwhelmed.”