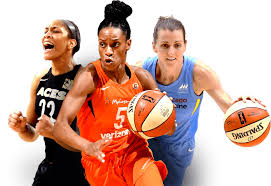 On January 14, 2020, the Women’s National Basketball Association proposed a new CBA (Collective Bargaining Agreement). This agreement includes a salary raise, as well as other marketing and season changes.

According to CNBC, the new CBA will begin in the 2020 WNBA season and will continue for the next upcoming eight years. Within this agreement, there is a 53% salary raise including various remunerations, changing the entire WNBA’s strategy regarding compensation.

Unlike the previous salary, the CBA will have a base salary for all players, along with additional performance rewards and prize pools. Also, there are new benefits such as paid maternity leave, ameliorated traveling conditions, and more marketing for the WNBA as an entirety.

During a press interview, Cathy Engelbert, the WNBA’s first commissioner, said, “We approached these negotiations with a player-first agenda, and I am pleased that this agreement guarantees substantial increases in compensation and progressive benefits for the women of the WNBA.”

In response to Cathy, WNBPA (The Women’s National Basketball Players Association) president Nneka Ogwumike shared, “We found common ground in areas that confirmed the league’s and the players’ intentions to not only make meaningful improvements in working conditions and overall professional experience but also to improve the business with strategic planning and intentional marketing that will keep the WNBA front and center year-round.”

Along with the previous benefits, the WNBA revenue is also a large part of the new CBA. Essentially, the income of the organization as a whole is impactful, when determining the pay of players. Attendance at games, sponsorships, and marketing is a large part of what stands between the WNBA and the NBA.

Forbes.com states, “ESPN pays the WNBA $25 million per season for the right to broadcast some of its games. The average attendance in the WNBA in 2018 was 6,712 per-game. Given each team’s attendance and minimum ticket prices for each team, minimum gate revenue must be at least $24.4 million.”

In comparison to NBA revenue, the numbers are off by about $7 billion; which also explains why there is such a large difference in salary–simply because not enough people contribute to or endorse the WNBA in the ways that they do the NBA.

When asked about the salary difference in an interview, former college basketball player, Lander Principal Felecia Evans describes overall how the WNBA and the NBA don’t get paid equal amounts due to revenue among other reasons. But, she says percentage-wise the money distribution in the two leagues should be equal.

“I’m hoping that other companies will see that they’re willing to increase salaries for women, WNBA being a leader in this area. I hope they will encourage other organizations to step up and provide equal pay for equal work,” Felicia Evans stated in an interview.

Ever since the beginning of the league in 1996, there have been major gaps regarding the management of both the WNBA and the NBA. These gaps have left a bad taste in people’s mouths all around the professional athletic community.

But, the acceptance of this new CBA proposal could truly be game-changing for the WNBA community and spark many great things in the future for the organization.