The best and worst Halloween candy 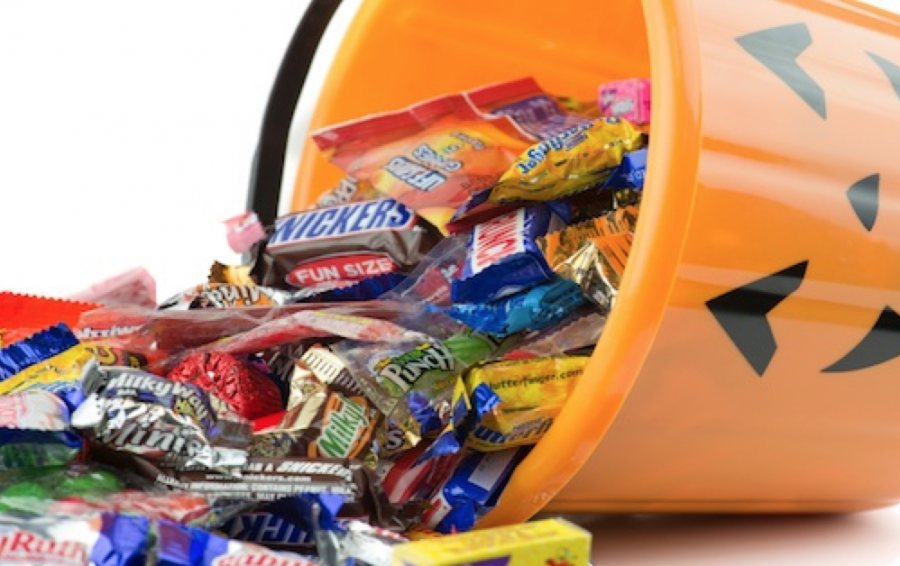 Halloween is just around the corner, and people are getting their costumes ready, binge-watching scary movies, and decorating their houses. They’re also preparing for the trick-or-treaters. What candy should be handed out? And what should not be in those bowls?  Fifty eighth graders were surveyed about their favorite and least favorite Halloween candy.

Back in the 1930’s, trick-or-treating looked a bit different; children were dressed up and could go to their neighbors to ask for a treat. “Treats” were fruits, mini toys, money, some candy, or even a slice of cake. In the 1950’s, candy companies saw this night as an opportunity for sales. By the 70’s, candy was the main treat that children got.

Some home owners, in an attempt to limit sugar consumption, resorted to passing out raisins or fruit snacks, but getting an apple on Halloween is not every kid’s dream.

So what was voted the worst candy? And what is the best?
The Worst
Tied for #3: Butterfinger 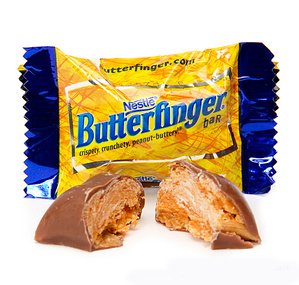 A candy with crispy peanut butter center? Covered in chocolate? Sounds okay, but peanut butter should be smooth, not chewable. Named after a baseball fumble, when a player dropped the ball, the candy was invented in 1923, and older generations loved it. The newer generation, not so much. Eight percent said this was their least favorite candy. 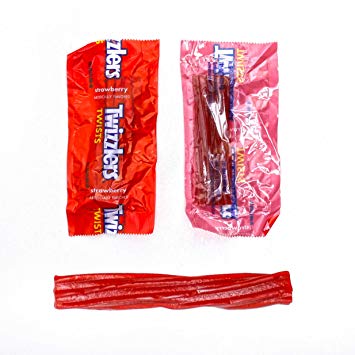 Ropes of licorice, flavored as either cherry or strawberry, this candy is disliked because of both its texture and its flavor. Some comments were that it lacks flavor and sweetness, hurts your teeth, and takes forever to chew. 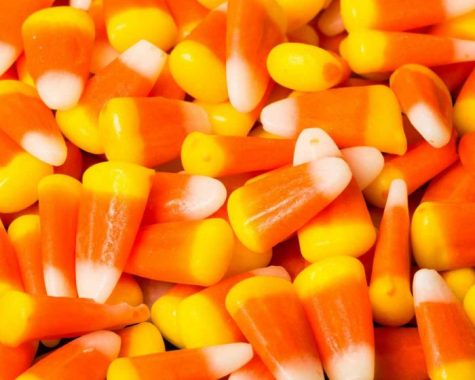 These multi-colored triangles got their name because of their resemblance to corn kernels. They are too sweet, contain tons of sugar, and are despised for their waxy texture. 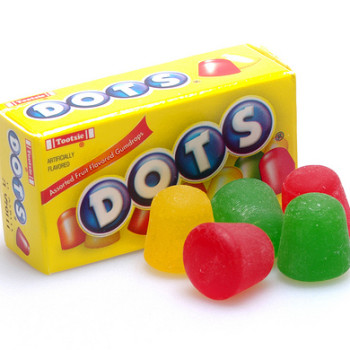 They aren’t even shaped like dots! They are gumdrop shaped! They are also very hard to chew, and all the flavors taste really bad. They were also described as being very bland and sticky. Mason Dots, the creator, named them after himself. They are sweet gumdrops, produced by the Tootsie company. 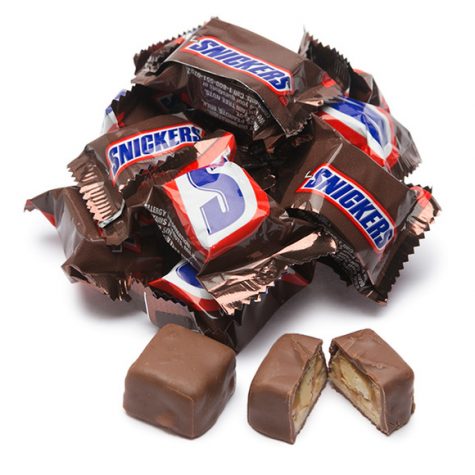 Snickers are not a favorite of some because of the giant peanuts and sticky nougat in the center. This bar was named after a horse, Snickers. This candy has been around since 1930. Surprisingly, 12% said they didn’t care for Snickers.

And the worst candy award goes to: Almond Joy 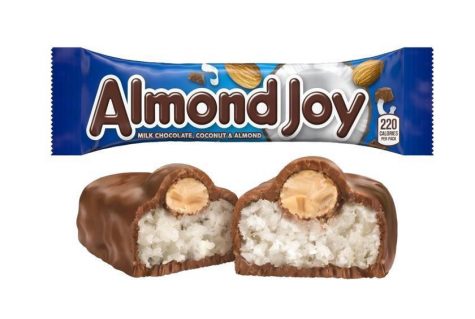 Not very many people jump for joy when they receive this bar. A coconut and almond combination covered in chocolate is not a first pick when it comes to candy for most teens. Made in 1946, it doesn’t really appeal to younger generations. 18% said they never eat this candy if they receive it.

With 6% of the vote, students hate receiving bags of pretzels. With 4% each, the following candies are on the worst candy list: Tootsie Rolls, Milk Duds, and Gumdrops.

The Best
In 4th place: Twix 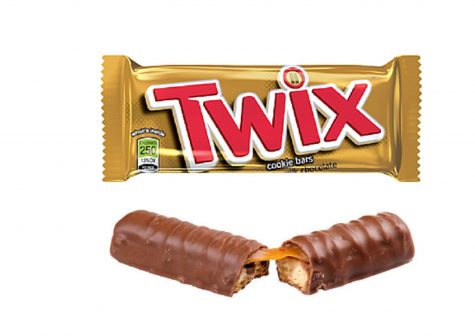 This perfect balance of caramel, a soft biscuit, and milk chocolate is one of the best Halloween candies. Eight percent of students said this was their favorite. Most people like the bar because of its sweet caramel. The texture is also appealing with its blend of smooth and crunchy. 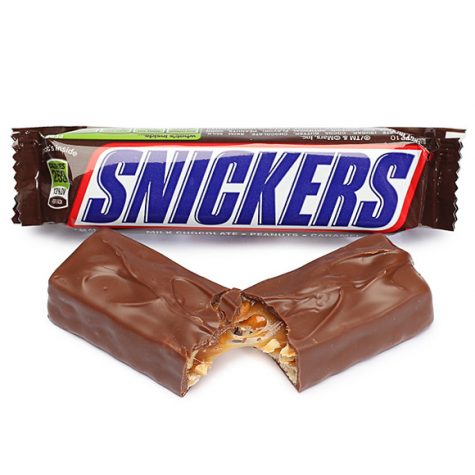 There are mixed reactions on this candy. Also the second most disliked, Snickers was also 12% of the students’ favorite. Most people like it for the chocolate and caramel. It seems to come down to the peanuts. Peanut lovers enjoy Snickers, while those who don’t like nuts would rather pass. 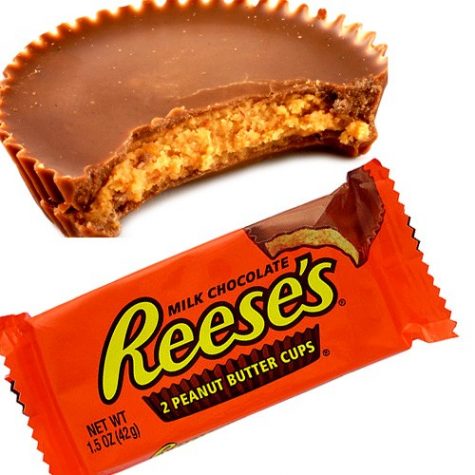 These delicious cups of peanut and chocolate are a classic and are trick-or-treaters’ second pick. With 14% of the vote, most people enjoy the cups because of the smooth texture, rich flavor, and fun shapes like pumpkins and ghosts.

And the top candy is…Kit Kats 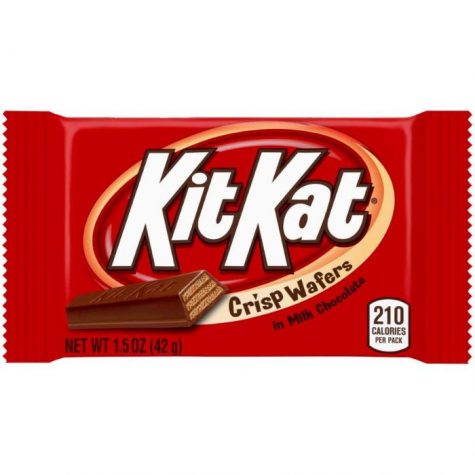 These wafers covered in chocolate have a satisfying snap. This bar satisfies 18% of students’ candy cravings. Students like the crunchy chocolate. Most chocolate candies are loved by trick-or-treaters. So if your passing out candy, get your money’s worth and hand out Kit Kats.

Also a favorite of many students, Dots were preferred by 6% of students. Coming in with 4% of the vote, students also said they liked Hershey’s, Jolly Ranchers, Skittles, M&M’s, Nerds, and Sour Patch Kids.

Whatever candy ends up in your bag, have an enjoyable and safe Halloween! 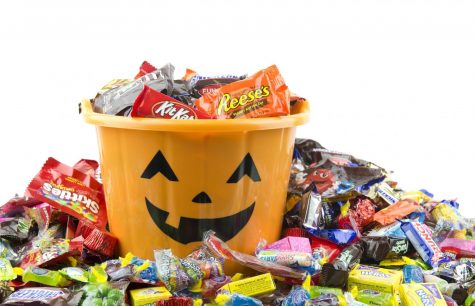