The Wildcat Voice • May 12, 2019 • https://wildcatvoice.org/5040/news/event-horizon-telescope-astronomers-successfully-capture-the-first-image-of-a-black-hole/ 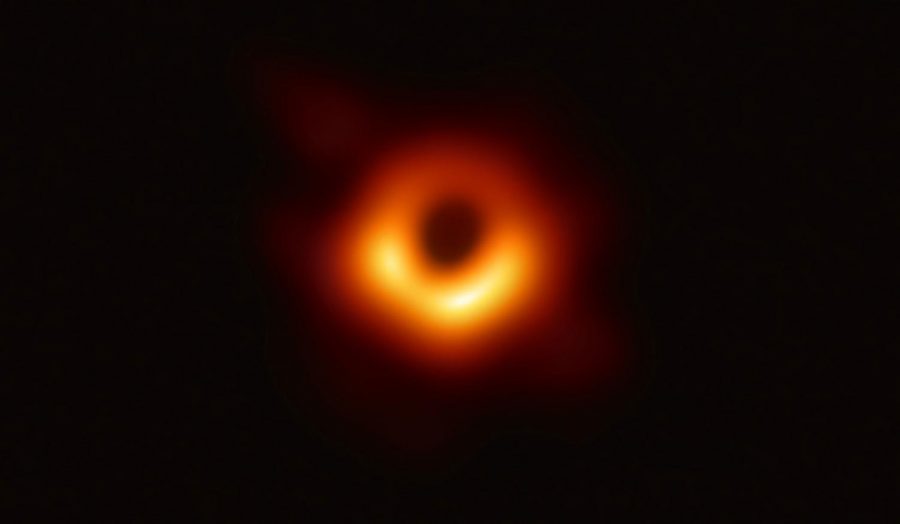 On April 10, a team of astronomers from Event Horizon Telescope astonished the world by successfully releasing the world’s first image of a black hole. After decades of speculation and study, researchers from the EHT have finally pulled it off and captured the previously thought to be impossible black hole image.

Black holes are likely the most mysterious objects in space, with swirling glowing gas; anything that travels too close to it is doomed to fall into their immense pull with no hopes of escape.

They are known to have a very powerful force that not even light can escape. The black hole photographed is located fifty-three million light years away from Earth, in a nearby galaxy, M87. The size of the massive black hole is equivalent to six and half billion suns. Despite its size, it is so far away from Earth that it would take a very powerful telescope the size of the planet to see it.

So how did they do it?

The seemingly impossible task was made possible thanks to EHT. EHT used eight different observatories spread across the globe, collaborating together, acting together as one enormous telescope and detector.  This process is called interferometry. The idea of interferometry is to synchronize these eight different telescopes–collecting an enormous amount of area then increasing the resolution of the image. Black holes themselves are literally just dark; they take up zero actual space, which is why they are often referred to as a point source or a singularity. They do not emit or reflect light, which makes it seemingly impossible to photograph.  In short, there is nothing to photograph no matter how advanced the technology is. The image produced by Event Horizon Telescope is simply what they call the black hole’s shadow. 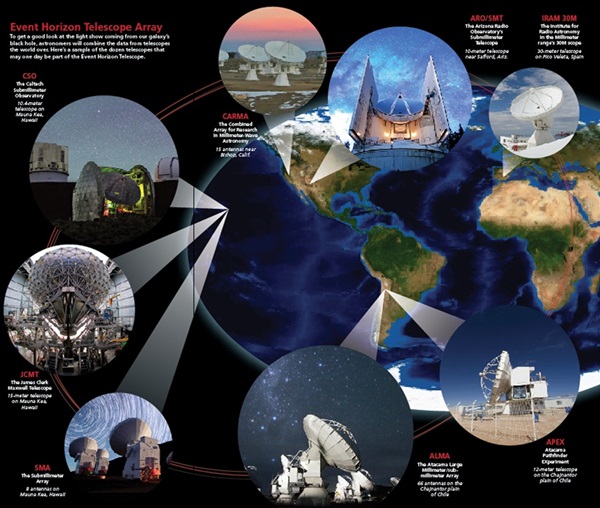 The image produced by EHT is the only image that astronomers expected to produce. This image offers astronomers and the rest of humanity a glimpse at the gas and swirling debris around the black hole’s event horizon; scientists call it an accretion disk. For decades, scientists have desired to see what happens in the inside of the disk in which material disappears, but for now it remains a question that cannot be answered.

Are there any other black holes that EHT is planning to capture?

EHT’s observatories’ other targets include Sagittarius A, located at the center of the Milky Way. This is 1,000 times closer than the black hole in M87 but is also 1,000 times smaller. This means that it will take as much resolution power to produce an image. But here’s the catch: the material flowing around its horizon is much faster than the black hole from M87, which will make it more difficult for scientists to capture the image.

Today’s photograph is just the beginning of humanity’s first steps towards making discoveries towards the cosmos.