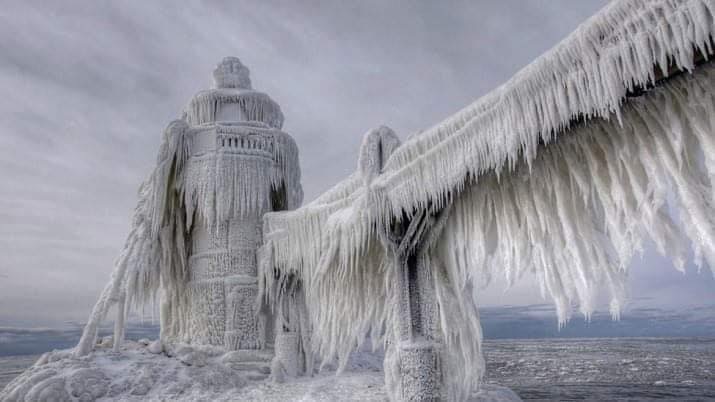 Over 2.176 million people were affected as a polar vortex brought a deep freeze across the windy city Chicago and the Midwest. Thousands of flights were cancelled and schools and some businesses closed due to the potential dangers of the freezing cold.

On Wednesday, January 30, the temperature plummeted as low as 20 degrees below zero Fahrenheit. The windchill was 52 degrees below. Because of the meandering jet streams, places like Antarctica, Alaska, Iceland, the North and South Poles were warmer than places like the United states and Canada.

The cold resulted in eight deaths.  City officials from different parts of the United States urged citizens to keep warm inside their homes. In temperatures of this kind, stepping outside for even just a few minutes can result in injuries or frostbite on exposed skin. 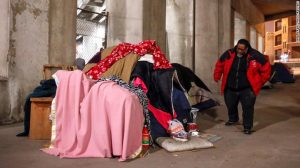 But as health experts issued various cautions about the dangers of hypothermia, Chicago’s 80,000 homeless people had to cope with such issues.  Doug Schenkelberg, the executive director of Chicago Coalition for the Homeless, says Chicago, told TIME that the city added about 500 beds to its homeless shelters and opened warming centers in buses, libraries, and recreational centers across the city.  With many still left without shelter, some Good Samaritans stepped in to help. One woman, Candace Payne, secured twenty hotel rooms using her own credit card, then found volunteers to transport 100 homeless to them.  When Ellen DeGeneres found out about Payne’s kind act, she gave Payne  50,000 dollars to continue helping others.

While the homeless were impacted for obvious reasons, the cold created problems for all residents.  Pipes freezing or exploding, car engines sputtering out or refusing to start, pets sustaining injuries to their paws, and electric lines or satellite being out from the weight of ice were some of the issues being faced.

According to UIC scientist, Peter Doran, Chicago’s temperatures were colder than the chilly continent of Antarctica and other frosty places around the world including the South Pole, which has a typical January temperature of 4 below zero. “What’s happening this week and earlier this month is that pieces of the vortex sort off broke off and headed south, so you get this cold Arctic air coming off,” he added.

Even the summit of Mount Everest was warmer than Chicago on January 30, at a temperature of 30 degrees above zero. For further comparison, Barrow, Alaska, 330 miles North of the Arctic circle, reached a high of 7 below zero; and Zackenberg station in Greenland was 11 below zero on the same day, CBS 2 stated.

Due to the polar vortex, temperatures in the Midwest stayed 13 below zero through that Sunday, CBS Chicago noted.

As the Midwest shivered with jaw-clenching temperatures, Alaska cancelled its Willow Sled Dog race due to the warm weather and small amount of snow. The ice melted and left puddles of water on the track making the race dangerous.