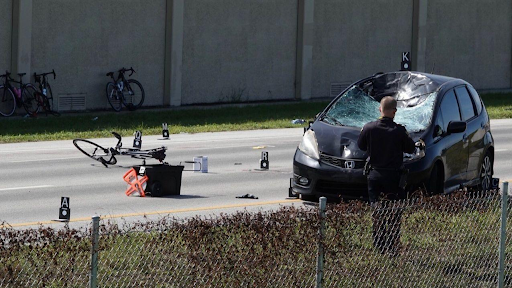 As we all know, bicycle riding is an efficient way to get to places, and fun, too. But it is crucial to remember that bicycles are not toys and must not be used like one.

Every year hundreds of cyclists are killed in traffic accidents. In 2016 alone, 840 bicyclists were killed caused by traffic crashes and 829 the year before, according to the Department of Transportation, NHTSA.  That was the most since 1991.

Florida leads the country in the number of fatal bicycle accidents, followed by California. Both states have over 100 deaths per year, compared to just 15 in Ohio.

David Whitley of the Orlando Sentinel calls Florida a “killing field” for cyclists. He points out that per-capita, Florida’s cyclist death rate was “almost 60 percent higher than the next closest state.”

Whitley thinks Florida cyclists are in the most danger due to “a combination of elderly drivers, tourists unfamiliar with roads, and a relatively densely packed population.”

On New Years Day, a 27-year-old cyclist was killed due to a traffic crash on U.S. 1 in the Eau Gallie area of Melbourne, Florida. According to the Melbourne Police Department, the accident occurred at about 12:49 in the afternoon at an intersection.

The 27- year-old cyclist, Jason Lenard Vandyne, was immediately rushed to the hospital. Melbourne police pronounced him dead upon arrival. The car involved in the incident was driven by a 74 year old man, William John Cooley.

As expected, when a collision occurs between a vehicle owner and a bicyclist, the bicyclist is far more likely to be injured than the driver. 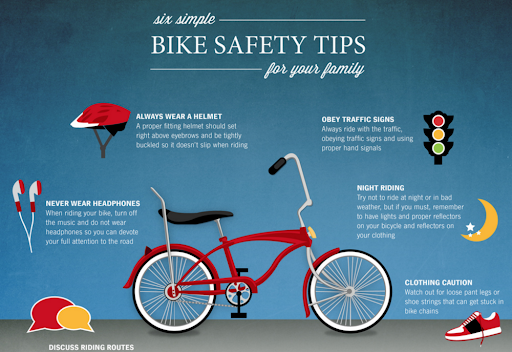 The statistics on bicycle incidents show the importance of helmets.  74% percent were caused by head injury. 97% of bicyclists that are killed are not wearing helmets.

The leading cause of accidents are distracted drivers. This term refers to drivers whose attention are drawn to other things, often  checking cellular devices, sending text messages, or responding to calls.

“It’s an epidemic, frankly,” said Keyna Cory, coordinator for the Florida Don’t Text and Drive Coalition. “We all know young people do it, but I’m now seeing older people doing it as well.”

Other forms of distracted driving would include eating, putting on makeup, or changing music.

The Florida Department of Transportation has made some effort to protect cyclists.  The state changed the width for bike lanes from 4 to 7 feet in 2014. Many of these lanes are also buffered. They also spent $100 million in 2016 to better light 2,500 locations where precious cyclist or pedestrian accidents had taken place.

Though Florida leads the pack, bicycle-related accidents have been occurring across the country in the past weeks. On January 9, in Athens, Ohio, a 15-year-old boy suffered serious injuries after being hit by a car while riding. He is still hospitalized following brain surgery.  On January 30, a 63-year-old man died following a crash in Savannah, Georgia. On February 1, a 59-year-old woman from North Dakota was struck while riding a bicycle, and another individual collided with a train in Colorado on February 3.

The NHTSA bicycle safety initiatives are encouraging people to make good choices that will not only benefit their own safety but also others’.  Better focus and discipline while driving can reduce fatalities on the highways.