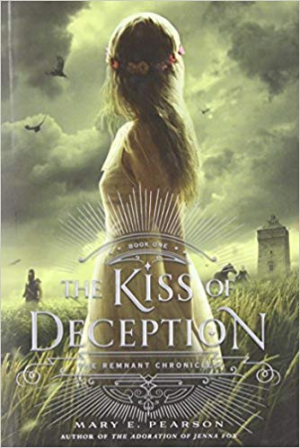 The book The Kiss of Deception by Mary E. Pearson starts with the main character Lia, who is the princess of Morrigan, preparing for her arranged marriage, which she is less than excited about.  After they leave her to finish saying her final goodbyes, she gathers up a few things that she will need on the road, and before her parents come back, she and her lady’s maid run away to a small town in the southern part of their country.

The Prince whom Lia was supposed to marry arrives at the palace, and when he finds out that she is not there, he goes after her.  When he arrives at this small town, he meets the person he will have to room with in the hotel that they will have to be sharing.

Kaden, who will be sharing a room with the prince, is trying to hide the fact that he was sent to Morrighan from their enemy country of Venda to kill Lia. After meeting her, he is struggling with having to kill her.

The Kiss of Deception is a wonderful novel with excellent world building.  The world is very well-described where you can sometimes feel as though you can walk the streets.  In the world-building, the fantasy elements are subtle with the fantasy being more in their history and in the traditions that are in their culture.

There is also a wonderful friendship between two of the main characters, Lia and Lia’s lady’s maid, Pauline.  They treat each other as equals, which shows real friendship. It isn’t only the friendships that are really well done; the other relationships are well done as well.  All of the characters are really well-written with back stories that fit the character. Along with the backstories, the book offers substantial character development.
2. Handbook for Mortals 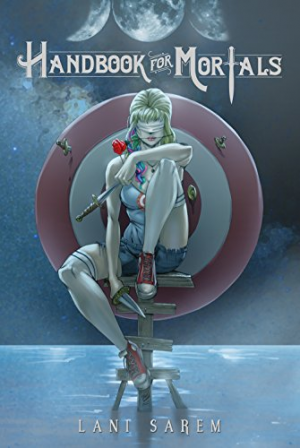 The book Handbook for Mortals by Lani Sarem starts with Zade’s mother yelling at her about moving away from their small town and going to Las Vegas to work at a magic show.  Zade and all of her ancestors could practice magick. When she arrives at the magic show, she auditions by using magick to do an illusion. The people are very impressed because they know the stage inside and out.  One person, Mac, doesn’t believe a word that Zade is saying and demands she tell him how she did the trick. When she doesn’t, he gets very mad, and they don’t really get along.

Unlike the first book, the fantasy in this novel is much more prominent with Zade and her mother’s use of magick.  This book is perfect for readers who like fantasy set in a realistic setting. The fantasy is complemented by the setting at the magic show, where the mystery of the tricks sometimes mixes with the actual magic.

The characters were very well-written but can be a little stereotypical. There are a few shortcomings, but that is to be expected with a new author. The book is more of a simple story, but it does have a few suspenseful moments.
3. The Wrath and the Dawn
The Wrath and the Dawn by Renèe Ahdieh is told from several different people’s perspectives, including Shahrzad and Khalid the Caliph.  The Caliph is cursed with having to take a new wife every night and have her die the next morning. Shahrzad is one of his brides and the only volunteer.  Shahrzad only volunteers in order to kill the Caliph for taking her cousin as one of his wives and then killing her the next morning. 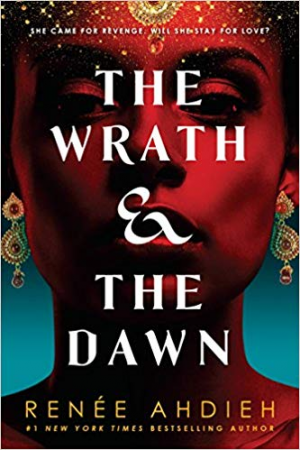 After their wedding, Khalid comes to see Shahrzad, and to keep him from killing her each night, she tells a story that always end on a cliffhanger so that he has to wait until the next night to find out what happens next.

As she tells the stories, they start to get closer together and share about their pasts and their tragedies.  They each help each other get through several challenges. As they get to know each other, Shazi’s family is trying to find a way to get her out of the palace and away from the Caliph.

These books are wonderfully written with a lot of powerfully descriptive and vivid language.  The characters are very well-written with fitting backstories and adequate development.  The characters continue to develop over the series and learn to look at the other side’s view and not only their own.

This is a two-book series and the first book leaves readers on a cliffhanger; so to truly find out how the story ends, you would have to read the second book, which brings their story to a wonderful and satisfying close. 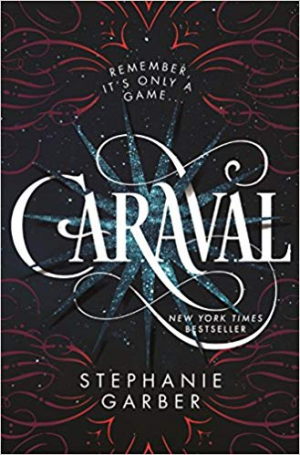 Caraval by Stephanie Garber is set in a somewhat historical setting. Scarlett and Tella both live with their physically and emotionally abusive father.  Scarlett is engaged to someone she has never met. Before she is married, she and Tella run away with a sailor that Tella had been seeing for a while.  They go to another island to go to the Caraval, which Scarlett had wanted to go to for years; she had written to the Legend many times asking for tickets.

The characters go through some major character development, especially with Scarlett and Tella leaving the only place they had ever known and going to a completely new place.  The characters are written really well. For example, the sisters have very different outlooks on life, even having grown up in the same situations. The world is also very well done with the juxtaposition of their dreary home and the brightness of the Caraval.

5. Grave Mercy
The book Grave Mercy by Robin LaFevers starts with Ismae being married to a farmer in an arranged marriage.  The book is set in 1485 when the British were fighting the French. She is a daughter of Mortain, which means that her father was the saint of death.  After this is found out by her husband, she needs to escape his anger. She is sent to the convent of St. Mortain, where she is trained to carry out Mortain’s wishes. 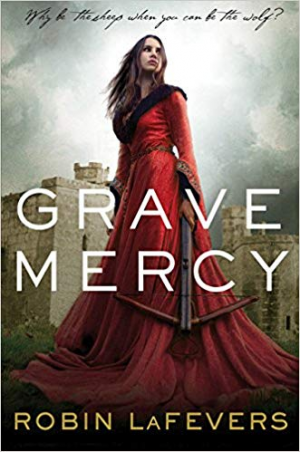 A few years later she is sent out on a mission with someone she had encountered and conflicted with before.  They have trouble trusting each other given their pasts. When they get to the court in Brittany, they have to navigate the political side of the country.

This story is a really good mix of historical fiction and fantasy.  The fantasy elements come in when the they use the tears of Mortain to help the assassins see the life essence of everyone.  The historical elements are very present in the story with people that were alive and events that were happening during that time period.

The story contains action and fighting as well as political endeavors.  The characters often strategize and anticipate the enemy.

The character growth by Ismae is incredible.  She isn’t completely turned around, but she opens up much more in the end of the story than the beginning.  She is a strong female character who doesn’t really follow the rules of her time period.

These are very good fantasy novels, all being the first book in a series. This means that falling for one of these books means there are already one or two more on deck!