Trump’s response to the Mexican border 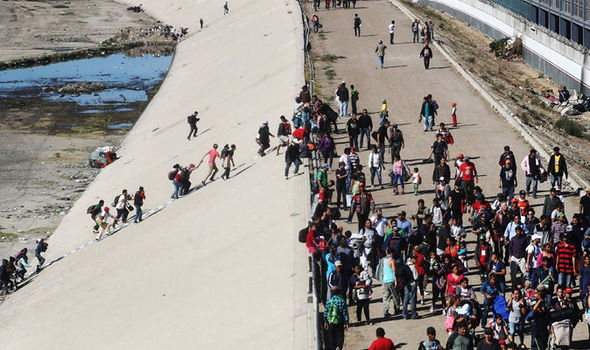 On November 26, President Donald Trump threatened to close the southern border with Mexico, “permanently if need be.” 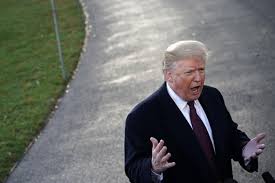 He tweeted, “Mexico should move the flag waving Migrants, many of whom are stone cold criminals, back to their countries. Do it by plane, do it by bus, do it anyway you want, but they are NOT coming into the U.S.A. We will close the Border permanently if need be.”

The day before this tweet, migrants who were trying to breach a border fence were held off with several rounds of tear gas, according to Time.

At the start of his campaign, Donald Trump promised to build a wall at the Mexican border and stated that the Mexican government would pay for it. Recently, Trump has gotten very close to that promise as he tweeted, “Big day planned on NATIONAL SECURITY tomorrow. Among many other things, we will build the wall!” Trump also went on to say he would be “totally willing” to shut down the government over the wall. He also stated that he would need $5 billion dollar to erect the wall.

The biggest question being asked in regard to the conflict at the border is “why?”.  Why lock out so many people and close the border?  Lately, the Mexican border has been more dangerous than usual, which is saying a lot.  Three border patrol soldiers were stoned and badly injured.  Illegal immigrants can also they take employment opportunities from legal citizens. This is because they are often willing to work for less money and can be paid “under the table.”

One issue Trump might run into is the argument that closing down the border can be ruled not constitutional.

The ACLU (American Civil Liberties Union) states, “Taken together, his statements and policy proposals would blatantly violate the inalienable rights guaranteed by the Constitution, federal and international law, and the basic norms of a free and decent society.”

The part of the Constitution this would violate is found in the 14th Amendment and it states, “All persons born or naturalized in the United States, and subject to the jurisdiction thereof, are citizens of the United States and of the State wherein they reside.”  This means that people who come to the U.S. or are born here are citizens. This is an issue as one of the reasons the border would close would be because of “anchor babies.” Anchor babies is the term referring to when a woman is about to go into labor and she crosses the border so that the baby is an American.

Mexico’s government said that they would comply in part to Trump’s threats.  “Mexico’s Interior Ministry said it would immediately deport those who tried to “violently” enter the U.S. from Tijuana.”