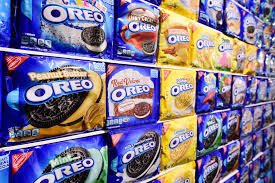 Have you seen silly videos of people tasting different flavors of foods and snacks like chips, gum, cookies, candy, and more? That is what we did with different flavor Oreos.  Mr. Stephens and Mrs. DelBalso, along with Miss Groner’s and Mrs. Saunders’s’ 7th period classes did this with some of the current Oreo flavors. They tried Mint, Peanut Butter, Lemon, Birthday Cake, Apple Pie, Rocky Road, Red Velvet, and Cinnamon Bun.

The Mint Oreo was the favorite with 52.6% of tasters choosing it as the best. Some said it reminds them of Christmas and peppermint.  Others said it reminded them of Girl Scout Thin Mint cookies and mint chocolate chip ice cream. Only one reviewer was turned off by this cookie, commenting that it tasted like toothpaste. 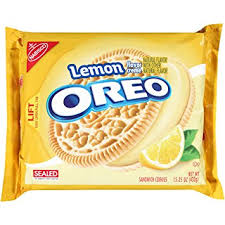 The lemon flavor really separated people. It came in second as the favorite but also tied as the least favorite. Some things that stood out about the flavor to student Marissa Mauceri was that it “tastes like fruit loops.”  But Mrs. Saunders stated, “Nope, Nope, Nope. I do not like lemon; it tastes like dish soap.”

Cinnamon Bun came in after Lemon. Tasters noted that it had a little spicy aftertaste and really did taste like an actual cinnamon bun.  The creme in the middle tasted similar to the cinnamon roll icing that you get from a can of cinnamon rolls baked at home. One amusing comment from a taster was “MMMM Girlll Mmmmm! Yesss Girlll!” A few people also didn’t like, and one said it was like a big spoon of cinnamon. 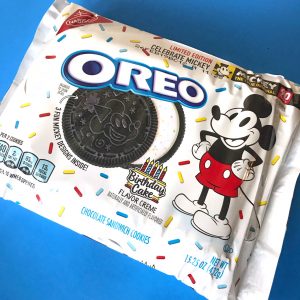 Birthday Cake Oreos, released for the anniversary of Mickey Mouse, was a super sweet cookie. One commenter remarked that it tastes like funfetti cake.  Another said it reminded them of being a little girl or boy and enjoying birthday parties. Many enjoyed the Mickey Mouse image on the top of the cookie.  For others, this cookie was simply too sweet. 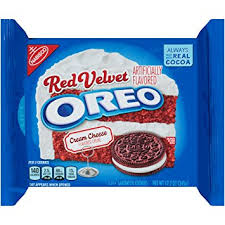 Red Velvet Cake meets Oreo: it sounds good, but the red velvet wasn’t a favorite–coming in in the middle of the pack. Many noted that it tasted quite similar to a regular Oreo and the difference was pretty subtle.  The middle creme was supposed to be like cream cheese icing.  One comment stated that it was a good taste at first but ended with a gross aftertaste. Only 5.3 percent chose this as their first or second favorite, and 10.5% selected it as their least. 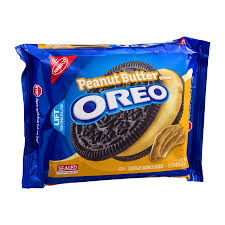 The Peanut Butter Oreo wasn’t a big favorite. No one chose it as their favorite, and only 7% chose it as runner up.  One person said that it tastes like Reese’s peanut butter cup but more common were comments remarking on the bland taste.  Someone said it tasted like sand and another compared it to “old peanuts that sat in a jar for 67 years.”

The Rocky Road flavor was definitely the least favorite according to the survey. The flavor was supposed to be dark chocolate or cocoa with marshmallow, but the marshmallow came in the form of hard candy chunks that a few people remarked upon as being too crunchy.  The cocoa flavor was also too strong for some.

Oreo releases different flavors at different times, almost always for a limited time.  Some of their past flavors have been kettlecorn, s’mores, strawberry, raspberry, watermelon, pumpkin spice,  gingerbread, root beer float, and toasted coconut.  They even released a mystery flavor.  The trend has even prompted some Photoshopped parodies taking the flavors to new imagined extremes, joking that there are Spam, Taco Bell, Ramen, and even Tide Pod flavors. 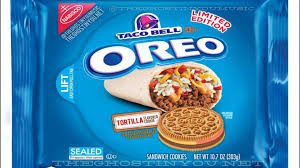 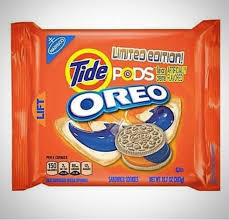 If none of the seasonal offerings interest you, stick to Oreo’s classic cream-filled cookie with a glass of milk.