How would nuclear war affect the world? 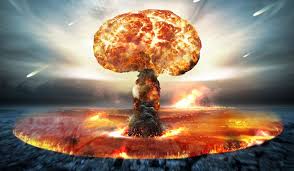 Ever since atomic bombs were dropped on Hiroshima and Nagasaki,many people have wondered when and if a nuclear war will begin. With North Korea and America’s current cold war, people are fearing that that question may be answered soon. If a nuclear war does break out, what would the impact be? 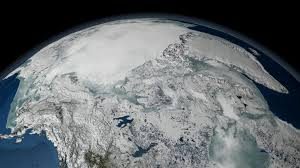 When a nuclear bomb is dropped, it kicks off a phenomenon known as “nuclear winter.” A nuclear winter is when a layer of smoke and dust blocks the sun’s rays and makes temperatures drop to 36 degrees Fahrenheit, even in the summer. Plant growth would reduce–causing a major famine. Forbes states, “Estimated 1 to 2 billion people could face starvation.”  The substantial and immediate loss of plants would mean less oxygen and dangerous air quality levels. Animal life would be impacted, ultimately leading to extinction of many species.

Nuclear war could also threaten the extinction of the human race.  In addition to the threat of starvation due to plant and animals, free radicals and radiation would lead to catastrophic health problems.

If a nuclear war ever breaks out,  experts believe it would likely lead to total extinction due to the negative effects it would have on wildlife and human bodies.