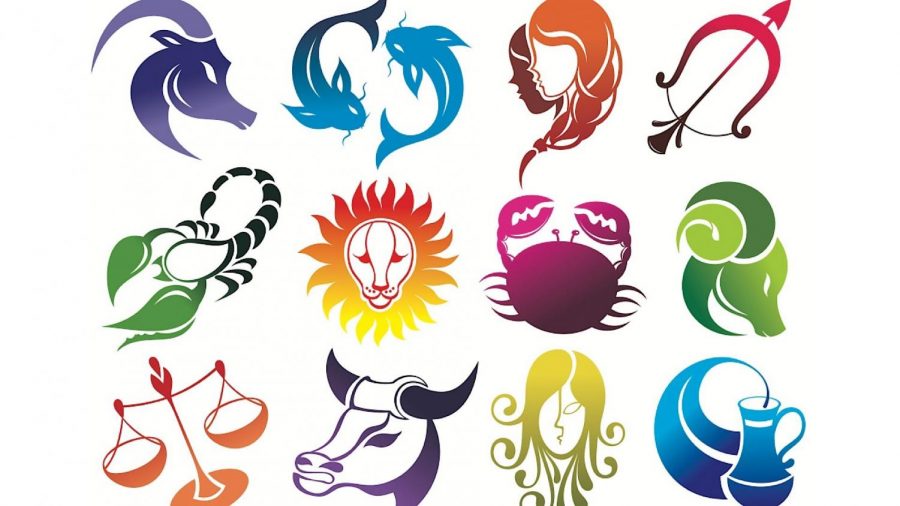 Zodiac signs have existed for thousands of years. Zodiac signs consist of 12 astrological signs, each based on a single month of the year. According to astrologist Crystal Bichalski, “Many people born under the same Sun Sign will share some commonalities, and sometimes, feel a special connection to one another.” She asserts that these commonalities are determined by the values and attitude that you are exposed to when you are born.  For example, she notes that Capricorns, who are infants in January when people are setting New Year’s Resolutions, absorb the energies of that time period: setting and achieving goals, saving money, etc.  In contrast, Sagittarius, who are born at the end of the year during typical holidays, absorb the enthusiasm and optimism of that time.

She notes that while the Zodiac traits rarely describe a person perfectly and while there are always outliers, there is usually some truth and alignment.  The Zodiac signs can help us understand why we connect with some people better than others, she says.

According to an article by AJ Agrawal, 33% of Americans believe in the Zodiac. Do you?  Each Zodiac sign has typical strengths and weaknesses. Are yours accurate?

Driven, patient, strategic, determined, responsible and persistent are words that describe many Capricorns. But they are sometimes cynical, fearful, ruthless, and rigid. They also tend to be miserly or greedy with their money.

The positive traits of Aquarius are intelligent, inventive, humanistic, friendly, altruistic, and reformative. They like to challenge norms and change things. Aquarius can be emotional or detached, though, as well as scatterbrained or  irresponsible.

Pisces are often intuitive, creative,  romantic, compassionate and sensitive. However, they can be unrealistic, submissive, and dependent. They can try to escape problems rather than face them and may be prone to self-pity.

The positive traits of Aries are bring brave, direct, fearless, and independent. They are known to have a deep sense of justice and are often natural leaders.  On the negative side, Aries are known for being aggressive, self-centered, pushy, selfish, and inconsistent.

Taurus are known for being hard workers. They are steady, driven, and persistent.  They typically are trustworthy due to their strong sense of right and wrong.  Stubbornness and resistance to change are their negative traits.  They can also be gluttonous and indulgent.

Intelligent, adaptable, and agile, Gemini are often good communicators. But they can be too talkative or tend to exaggerate.  They are often deceptive or cunning, and can be superficial.

The good traits are nurturing, supportive, healing, and compassionate. They are known for loving unconditionally. Their can be dependent, moody,  or passive-aggressive, and they tend to have a difficult time moving on or  letting go.

Leos are said to be brave, playful, fun, warm, protective, and charismatic. They are often leaders. But that can make them dominating, stubborn, controlling, and vain. Leos are often thought of as show-offs.

Modest and humble, Virgos are known for being orderly, logical, responsible, and organized.  On the negative end, they can be obsessive, critical, and perfectionists.

Libra are often charming, diplomatic, polished, and easy-going. They can be superficial, gullible, and hypocritical; and they often face conflict passive-aggressively.

Passionate, driven,and determined, Scorpios are also perceptive, emotional,  and sacrificing. Their negatives are being paranoid, destructive, possessive, jealous, and clingy.

Their positive traits are ambition, optimism, and enthusiasm. They are often open-minded and versatile.  They can be lazy, restless, irresponsible, or blindly optimistic.  They my also be tactless.

Mrs. Shaffer, eighth-grade teacher from Team Ignite is a Sagittarius.  She believes that the positive traits are accurate. She said that optimistic stands out to her because she likes having a positive attitude. Her dad taught her PMA, which stands for positive mental attitude. “It was always in the back of my mind,” she said.  She also explained that she gets excited about anything and can usually convince other people to see the good in something as well. She didn’t think the negative traits were accurate, though, especially the one that stated that Sagittarius can be irresponsible or lazy. “I have always been responsible,” she said, and she never avoids hard work.

Dr. Grant, the interim assistant principal, is an Aries and believes that the positive traits are accurate. She said that the natural-born leader trait reminds her of being a teacher, coach, and principal.  She didn’t think that the negative traits for Aries described her well, though.  But Mrs. Saunders, another Aries, said they were extremely accurate for her.  “I’ve always been bossy,” she admitted.

Some feel the Zodiac signs offer a way to understand ourselves better, and many people put a lot of trust into their daily or monthly horoscopes.  Some people go so far as to only date certain Zodiac signs.  Others think it’s all nonsense.  Either way, reading your horoscope and comparing yourself to other members of your Zodiac can be fun.