Has life existed on another planet ? 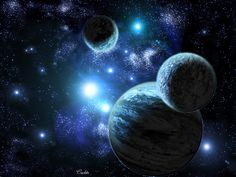 Has life existed on another planet?  Of the students surveyed here at MMS, 81% said yes.

That question still is unanswered,  though science suggests that it is likely. While these life forms may not be the big-eyed green-skinned aliens of the movies and are likely quite different from species here on earth, the scientific community embraces the idea that other life exists.

The Cleveland Museum of Natural History’s astronomy department said that they believe “that life does exist on another planet besides earth and that scientists today are still looking to see if there is life on another planet.”

The Great Lakes Science Center in Cleveland stated that they believe there is another planet out there that has not been recorded. They stated that based on the research that Mars has water, they believe that it will be the next planet to have evidence of a form of life.

Even though there has been evidence to conclusively prove life on another planet, on September 27, 2012, scientists found that there was a vigorous flow of water on Mars.  Water is believed to be the key of life.  Also, scientists used data from NASA Cassini to discover a global ocean that lies beneath the icy, sharp crust of Saturn’s moon Enceladus, and they also believe that Jupiter’s moon, Europa, has a subsurface of an ocean as well, according to The National Ocean Service section on ocean facts.

Also, the Mars Express orbiter has detected a methane gas in the atmosphere. Methane is a type of gas that is produced by living things and could be the result of microbes.

Aside from the evidence pointing to the possibility of life on the planets with which scientist are familiar, one must also consider the vast amounts of unexplored and even unknown space.  Today, there are over more than 3,200 exoplanets confirmed by NASA–1,700 of them have been discovered by a single telescope. Scientists believe some of them are even habitable. 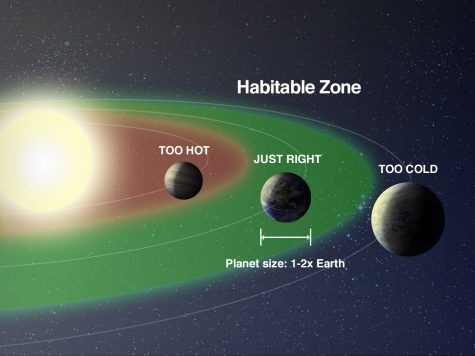 NASA believes that there are hundred of billions of planets in the Milky Way Galaxy alone. NASAs exoplanet program has a goal to find “unmistakable signs of life.”  These planet-finding missions involve using highly advance telescopes and imaging tools to try to locate planets that have similar traits of earth.  As William Boricki from NASA explained, “If we find lots of planets like ours…we’ll know it’s likely that we aren’t alone, and that someday we might be able to join other intelligent life in the universe.”

Boricki was the principal investigator in the Kepler mission.  This mission was named for a planet named Kepler. According to NASA, “Just 1.6 times larger than Earth and orbiting in the habitable zone of a sun-like star, Kepler-452b could be one of the best place in our galaxy so far to look for extraterrestrial life.”

When determining if a planet is inhabitable, scientists look for the distance from a star. The ideal distance would mean it wouldn’t be too hot or too cold for liquid water to be on the surface.

So do you think there is life on other planets? Perhaps just a simple water-based life form like algae, or maybe people like us?  Sophisticated and high-tech aliens?  Though it may be decades before a telescope that is advanced enough to discover it is invented and decades more before data could be gathered, the search for proof will continue.