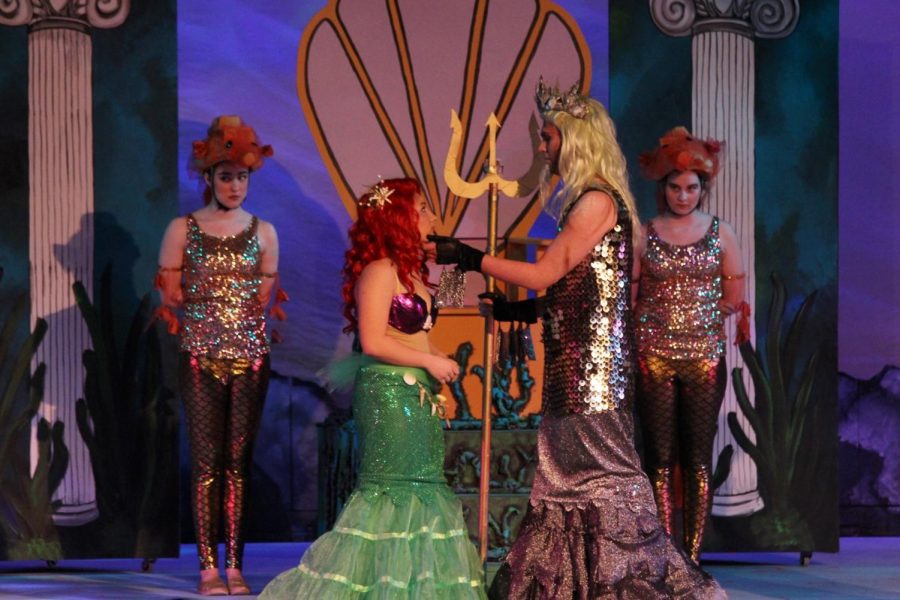 The weekends of April 13 and April 20, forty-one high school students and forty-four members of the Children’s Chorus–which is made up of elementary and middle school students–performed at Mayfield High School in its production of The Little Mermaid.

The musical drew crowds. For the first time, the musical extended over two weekends, and two performances were sold out. 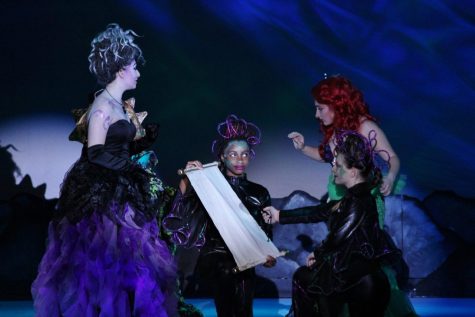 The musical, like the 1989 animated movie of the same name, is about a young mermaid named Ariel who lives in the sea with her father, Tritan, friends Flounder, Scuttle, and Sebastian, and six older sisters. She wishes to go on land and be with the human prince, Eric. She trades her voice to Ursula, a wicked sea witch and Triton’s sister, in exchange for becoming human so she can go on land. Ursula gives Ariel three days in which she and Prince Eric must kiss, or she has to stay in Ursula’s lair for the rest of her life.

Larry Braun, who took over the MHS program in 2009, directed the musical.  He stated, ” I really enjoy collaborating with my entire production staff and then we finally get to see our vision for the show come to life.”

The production was funded by Mayfield Choral Boosters.  Ticket sales and fundraising (advertising through the program as well as a 50/50 raffle) cover the many costs involved: purchasing the rights to the production, building sets, and securing costumes, props, and more.

The performance featured popular songs from the animated Disney movie by the same name, such as “Under the Sea” and “Kiss the Girl,” as well as songs unique to the musical like “I Want the Good Times Back” and “Positoovity.” 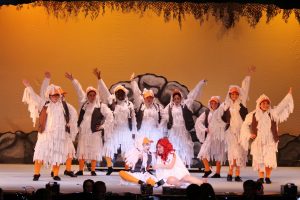 Some other aspects of the musical were different from the animated film as well.

Genna DiPippo, who played Ariel, remarked that she loves that “Ariel saves the day in the production, but in the movie, Prince Eric saves the day…I think in today’s world it’s important [to] show that women can save the day too!”

The journey began in December with auditions. And in order to put on the performance, the cast had to put in a lot of work, including attending rehearsals three times a week, starting in January.

Nate Muhlbach, who played Eric, recalled having to learn how to waltz for a part of the performance. 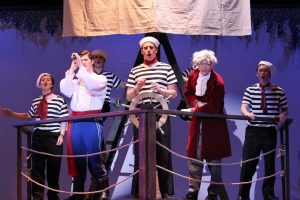 While a great deal of time and effort was needed to be performance-ready, many of the actors expressed that working on the show was very enjoyable. 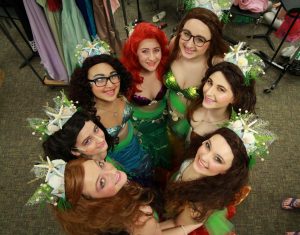 Megan Kless, a member of the Children’s Chorus, explained that she really liked that the people she met in productions like The Little Mermaid, explaining that they feel “like a family.” Kless is one of several MMS students taking part in the production.

DiPippo agreed, noting that “the cast and crew members always get really close and make things fun while we work.”

Many members of the cast urged everyone to come see The Little Mermaid. Jillian Harris, a part of the Children’s Chorus, stated, “[The cast has] put in so much effort and energy to make this a great show.” DiPippo added, “Our cast and crew has worked extremely hard and we can’t wait for you to see it!”

“The Little Mermaid has far-surpassed everyone’s expectations,” said Braun.  “The audiences have been amazing, and the community response has been overwhelming.” 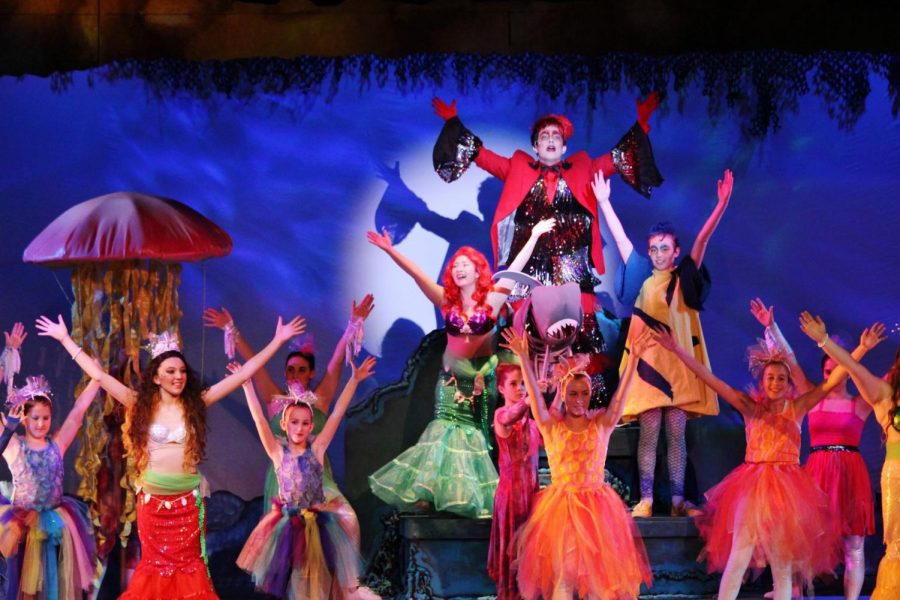 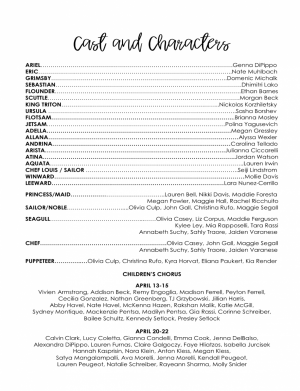